This year’s May Day reports—news and statements

By សតិវ​អតុ
This May Day, in , no one did anything. But throughout the country and the world, people did plenty. Here in the leftist held some events. A web site called Incendiary reported:

“Communists, revolutionaries, and the masses marched through the streets of and into one of the crumbling centers of gentrification – the so-called “Boyle Heights Arts District” for this year’s combative May Day. Although several attendees got away at the end of the march, 24 people were kettled and arrested on rioting charges.”

That was a report from a march in LOS ANGELES: “Mass Arrests as Communists Lead May Day March through .”
There was also an Austin May Day March. Both of these marches were held by Maoist groups trying to make a presents here in the .
There were also many May Day statements issued by various groups of parties and organizations. We offer those statements below. While we didn’t carry all the news articles or statements issued, anyone who would like to post something here only needs to contact this web site, e-mail; ottozero2001@yahoo.com. This is not a dogmatic site. We welcome a variety of views, provided they are on the left.
Here is the May Day statement from Dem Volke Dienen:

From Maoist_Road:
Maoist Communist Party Manipur published a new statement appreciating the initiative of both May Day Joint statements. It was largely circulated in local news papers of Manipur. MCPM published this statement in Manipuri language and translated by media peoples so some terminology may use not in proper manner and some sentences omitted. But we hope you will understand the essence of the statement. Here I am adding some statement which they omitted in their news paper.
Recalling the significance of the May, Maoist Communist Party Manipur, an armed rebel group operating in the region today said that fifteen Maoist parties from all over the world have released a joint statement, giving the message of revolution to the people on occasion of the May Day.

Maoist Communist Party Manipur also appeal the people of Manipur to support the Peoples war waging in India and Philippines which are most advance peoples war led by Maoist Parties in the world.

The below is the link of Imphal Times news paper. 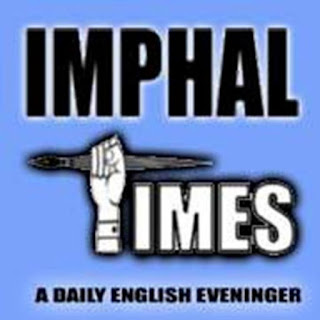