Let’s honor our own military heroes this Memorial Day

By SJ Otto
Today I celebrate the military heroes from the left—those who lost their lives but had the courage to take on the capitalist government of the . Most of these military groups were loosely organized and they didn’t last long. Their leaders and members were often captured, and in the past, some were executed. Some of them where killed as they were captured.
The group I want to celebrate the most include members of the Symbionese Liberation Army (). It was a small leftist guerilla group made up of about 22 active members and they had a following of about 30 people, who gave them logistics and support. Their basic ideology can be found today online. The group is long gone, and there is one former member still in prison today. Almost all the survivors of that group spent many years in prison. They were in prison because police and political leaders wanted to see these people punished severely. They wanted to send a message to any group of leftists that standing up the government means severe punishment. They don’t want any leftist group to ever take up arms against the again.
For our part, as leftist, we need to celebrate these people and make them out to be our heroes. That is the only way we can stand up to a system that relies on terror and fear to defend itself against revolution.
For many years leftist have pointed out the and similar groups have made big mistakes. That has been true. It may be that such a revolutionary movement is just not possible, at least not right now. But we can agree that honoring these people and their efforts is a way of saying to our present government and system that they can never whitewash these people’s efforts and their courage. They were courageous. It is really hard to take on the government, with armed conflict. No one on the left today is brave enough to do that now and that includes me. But I can make heroes of these people and give them the honor they deserve.
Today there are people across the country honoring those who fought for this country and also its empire. “War is an honorable profession” according to many pundits and politicians and although many civilians (including children) across the Middle East and in such countries as , have been accidently killed, US soldiers are honored and glorified. We are told we owe our freedom and way of life to these vets. Most politicians and pundits don’t care that civilians in other countries die from accidental bombings, drones and gunfire. It is OK with them that the has conquered, plundered and stolen people’s sovereignty. Today, the scum politicians that run our country come out from under their rocks to honor people who actually fought the wars many of them started.
It is interesting that Newsweek pointed out the difference between Veterans Day and
Memorial Day:

This is relevant since most our heroes of the militant left are now dead.
There have been other militant groups taking on the government with arms. One of the best known is the Weather Underground, from the 1960s through the 1980s. There has also been pro-Puerto Rico independence groups. One well known group is The Fuerzas Armadas de Liberación Nacional, (English: Armed Forces of National Liberation, FALN). There were also military groups in the 1950s. There have been anarchist groups that fought the government in the last part of the 1800s and early parts of the 1900s. During the mid 1800s and before, we had the American Indian wars.
The important point of this article is that we on the left here in the US will keep the dream alive that someday memorial day will honors those who REALLY fought for our freedom—and that freedom includes the freedom from the capitalist class that oppresses us today. 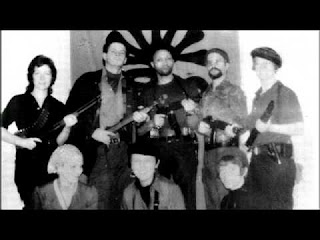 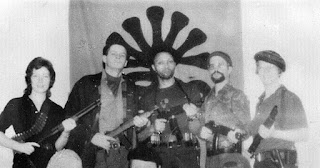 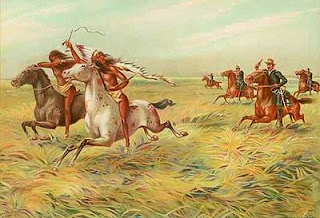