On Marxist elections and Marxist democracy

There were also independent newspapers from time to time. They usually didn't last long, but they were tolerated for a time. People also had the option of putting up character posters on walls. People in have had some opportunities to chose leaders over them and they had the opportunity to express themselves through political speech. 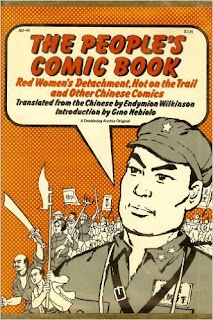 About the start of the Cultural Revolution, there was a "Shanghai commune." That system had elections similar to the Paris Commune of 1871. was not the stagnant one party state as it was pictured here in the West by most politicians and pundits. Even today, their are eight minor political parties that are legal. On elections Mao said:

"This is how a free and democratic New China will be. All governments at various levels all the way to the central government will be elected through popular, fair and anonymous voting. They will be responsible to the people that elected them. It will be a fulfillment of Sun Yat-Sen's Three Principles of the People, of 's idea of government of the people, by the people, for the people; and 's Four Freedoms. This will guarantee the independence, solidarity and unity of the nation, as well as its cooperation with the democratic nations of the world."

Most communist governments are gone now, whether they are democratic or not. It is the hope of most modern day communists that future attempts at communist governments include some kinds of democratic institutions. Whether they have inter-party elections or multi-party elections we don't need the kind of all powerful undemocratic parties as we saw in the . On the other hand we don't have to tolerate right-wing parties who are masters at manipulating political institutions to steal away people's democracy for the benefit of a few wealthy elites or aristocrats. We saw that happen in and here in the we just watched as Donald Trump used the electoral collage to take the presidency without ever winning a majority of the popular vote. There is no need for us to tolerate such deception. We can allow only leftist or Marxist parties to run candidates for office and to hold office.
All of this proves that a left-wing government with full socialism can also be democratic. We don't have to chose between capitalism/ with democracy vs. socialism/ without democracy. We can have it all and we should.

Pix by City of Duncanville.


[1] Allende, Allende Reader, (Ocean Press, ) 2000, pp. 114-115.
[2] It is interesting to note that Dubcek never gave up his visions of a more democratic form of communism even though he was treated as a hero by anti-communist crowds who were overthrowing the pro-Soviet communist government in 1989. According to Wikipedia- "He disappointed the crowd somewhat by calling the revolution a chance to continue the work he had started 20 years earlier, and prune out what was wrong with Communism.
By that time, the demonstrators in wanted nothing to do with Communism of any sort, even the humane version represented by Dubček."
[3] Tomάs Borge, Carlos Fonseca, Daniel Ortega, Humberto Ortega, and Jaime Wheelock, Sandinistas Speak, (Pathfinder Press, ), 1982.