SALUTE MEEMSA ANTI -REPRESSION ACTION COMMITTEE AND KRANTIKARI PENDU MAZDOOR UNION FOR WAGING A PROTRACTED RESISTANCE STRUGGLE FOR JUSTICE AGAINST BARBAROUS ATTACKS BY ADMINISTRATION ON LEADERS OF PUNJAB RADICAL STUDENTS UNION AND KRANTIKARI PENDU MAZDOOR UNION ON JUNE 14TH.DEMAND AMPLE PUNISHMENT TO THE ATTACKERS AND MAY THE CONFERENCE ON AUGUST 2OTH IN MEEMSA BE A MAJOR SUCCESS.

On June 15th 4 participants of the revolutionary dalit agricultural labour movement were brutally assaulted by a sarpanch and policeman in in Sangrur. Punjab Radical Student Union leader Rashpinder Jimmy along with three other leaders were coming to Jakhla village on June 15 night, when accused sarpanch of Meemsa village Sukhvir Singh along with around 29 other persons attacked them over the auction of a common village land.The three other injured include Pargat Singh from Naujwan Bharat Sabha, Baljit Singh from Krantikari Pendu Mazdoor Union and Manjit Singh from PRSU. It was a perfect illustration of how semi-feudal casteist repression is part and parcel of the agenda and sytem of the rulers to patronize goonda elements to suppress pro-dalit struggles.

The attack was in the background of a most qualitative organized movement of the landless dalit community to win their 1/3rd panchayat right by Krantikari Pendu Mazdoor Union.For a considerable period the Krantikari Pendu Mazdoor Union has lit the torch in the struggle of emancipating the landless dalit agicultural labour from opression.Distribution of panchayt was implemented in many villages with propaganda launched in over 50 villages spreading engulfing Sangrur,Dhuri and Suman vilages.Around 106 acres of land have been distributed amongts the landless dalits through captures.Even other general demands were raised like employment for not less than 100 days.5 marlas to be awarded to every dalit family,charges to be dropped on dalit activists framed,surplus land distributed as promised in land ceilings act which prevented any individual from owning more than a certain limit etc.In may instances the KPMU resisted organized attacks of upper caste elements with goondas and connivance of the administration on dalits.It also led organized protests for land to be auctioned to dalits at substantially lesser rates .Last July in Jhandu village in Sangrur it won a victory in getting land auctioned at a substantially cheaper rate.A major resistance protest was also held in Khandka and similar protests in other region condemning attacks on activists by upper caste landlords .KPMU also organized maha panchayats or conferences in 2017 and 2018 raising political demands of dalit community.It placed considerable emphasis on combating goondaism.

A protracted resistance or anti repression movement has been launched by the Meemsa anti-repression joint action committee comprising 17 organizations in . A major protest conference was launched in Sangrur comprising 1500 people on July 24th.The Action Committee finally said that if justice was not implemented within five days (because already the case has been too high), the action committee would prolong the resistance Its demads were to

Some days ago activists of Krantikari Pendu Mazdor Union faced another attack at a bus stand on its activists at Kuthala vilage.

A delegation of activists met the district police chief who promised to arrest all the culprits .The action committee chairman Lakhi Longowal mentioned that only one culprit ,Aka Kalu was arrested but the rest were still scot free. No action was taken against Sarpanch Sukbir Singh .

Due to the sharp struggle done by the anti-Repression Action Committee it was decided that the sarpanch of the meemsa, Sukhbir Singh, Kala Jagjit Singh, panchyat secretary Avtar Singh,, Gurpreet Singh aka, and others should be arrested by the police. The police promised to implement the law 307 to bring justice to the culprits. Action Committee's chairman lakhvir singh longowal said that those who attacked the public democratic leaders have been accused of attacks on public democratic leaders on the morning of July 30, and one of the accused during the raid in the village on July 30 Aka kalu has been arrested but the police who are not serious about arresting the rest of the accused.

Two major meetings were held on the issue on August 2nd and August 5th explaining the nexus between the upper caste landlords and the administration and the partisan nature of ruling classes in protecting criminal elements. Around 200 persons attended them with KPMU district leader Baljit Singh,the main speaker as well as secretary Lakhvir Singh. Both had immense qualitative value in building the tempo of struggle for justice by educating dalit community. Activists were often threatened by gangs of upper caste landlord elements of facing dire consequences it thy persisted with their struggle. In defiance the KPMU cadre pledged to combat such threats meted out and to counter-attack if again attacked. This revealed the determination of the organization to fight to the last tooth to win justice.The organization also feels the necessity of neutralizing or winning over elements of the landed peasantry to the side of the dalits and thus effectively intervene in the current struggle.

A major conference is planned mobilzing forces from all over the district in Meemsa on August 2oth .This will be an event of great importance to the overall land movement of dalits in Punjab and repression against it. 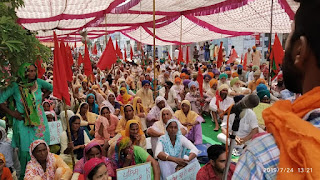 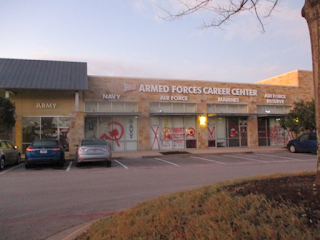