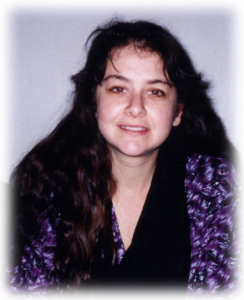 From Committee to Free Lori Berenson:
On May 25, 2010 a Peruvian judge, after carefully studying Lori Berenson 's application for what in Perú is termed "conditional liberty" (parole), determined that Lori has earned her freedom. Lori and her son Salvador will be leaving prison in a few days and moving to an apartment in Lima
On November 30, 1995 Lori Berenson was arrested on a public bus in downtown Lima, accused of leading an insurgent organization, the MRTA. A hooded military tribunal, using antiterrorism legislation promulgated during a state of emergency, sentenced her to life for "treason against the fatherland." Four-and-a half years later, due to international pressure, her sentence was vacated and she was retried by a civilian court under the same antiterrorism legislation. She presently is serving a 20-year sentence for collaboration.
In April 2002, the Inter-American Commission on Human Rights declared that Lori Berenson was tried twice under illegal anti-terrorism laws that failed to comply with international standards and violated her rights to due process. The Commission further declared that Perú failed to demonstrate proof in its conviction of Lori Berenson and ruled that her rights be fully restored and that Perú must completely amend its illegal anti-terrorism laws. Because Perú refused to comply with the Commission's recommendations, the Commission brought Lori Berenson's case questioning the antiterrorism legislation before the Inter-American Court of Human Rights where it now awaits decision.
Posted by SJ Otto at 7:26 PM