IV. WITHOUT INVESTIGATING THE ACTUAL SITUATION, THERE IS BOUND TO BE AN IDEALIST APPRAISAL OF CLASS FORCES AND AN IDEALIST GUIDANCE IN WORK, RESULTING EITHER IN OPPORTUNISM OR IN PUTSCHISM
Do you doubt this conclusion? Facts will force you to accept it. Just try and appraise the political situation or guide the struggle without making any investigation, and you will see whether or not such appraisal or guidance is groundless and idealist and whether or not it will lead to opportunist or putschist errors. Certainly it will….
V. THE AIM OF SOCIAL AND ECONOMIC INVESTIGATION IS TO ARRIVE AT A CORRECT APPRAISAL OF CLASS FORCES AND THEN TO FORMULATE CORRECT TACTICS FOR THE STRUGGLE
….This is our answer to the question: Why do we have to investigate social and economic conditions? Accordingly, the object of our investigation is all the social classes and not fragmentary social phenomena. Of late, the comrades in the Fourth Army of the Red Army have generally given attention to the work of investigation,  but the method many of them employ is wrong. The results of their investigation are therefore as trivial as a grocer's accounts, or resemble the many strange tales a country bumpkin hears when he comes to town, or are like a distant view of a populous city from a mountain top. This kind of investigation is of little use and cannot achieve our main purpose. Our main purpose is to learn the political and economic situation of the various social classes. The outcome of our investigation should be a picture of the present situation of each class and the ups and downs of its development. –Mao Zedong[1]

In this quote Mao was trying to explain to communists that it isn’t enough to read a book on the various classes. It was important to meet and get to know some of them. The same can be said today, especially of the younger communist who may mean well, but lack the experiences that books can’t give them. A few years ago I remember reading about groups of people trying to duplicate the experiences of being poor and/or homeless. I can understand the desire to want to know “what it is like.” But trying to live in the streets for a few days or a trailer for a few days really won’t do any good. These experiences don’t allow people to feel the stress and fear that people who experience these things feel for real. The problem is that the experimenters can just go home if they get tired or demoralized. Once they get home they can kick back, watch TV and forget the problems they didn’t really HAVE to live with. The real people don’t have that option and that makes a big difference.
Rosa Harris, wrote a piece called “Not broken: Striving in a society with no future for us” for the Kasama Project and suggested I share my experiences. So I decided to write about my days as a lumpen-Proletariat[2] in the late 1970s. The idea is to let the reader know what it really feels like to be one of society’s throw-away people. So here is my piece on homelessness—my first article in this series:

[1]毛泽东, OPPOSE BOOK WORSHIP, May 1930, http://www.marxists.org/reference/archive/mao/selected-works/volume-6/mswv6_11.htm.
[2]This term has been used by both Karl Marx and Mao. It represents a sub-class of poor people who may work, full or part-time or may not work at all. They are below the actual proletariat and they often use criminal activities to survive. Mao took a much different approach to them. While Marx wrote them off as being useless, Mao had a different view:


“Apart from all these, there is the fairly large lumpen-proletariat, made up of peasants who have lost their land and handicraftsmen who cannot get work. They lead the most precarious existence of all. In every part of the country they have their secret societies, which were originally their mutual-aid organizations for political and economic struggle, for instance, the Triad Society in Fukien and Kwangtung, the Society of Brothers in Hunan, Hupeh, Kweichow and Szechuan, the Big Sword Society in Anhwei, Honan and Shantung, the Rational Life Society in Chihli  and the three northeastern provinces, and the Green Band in Shanghai and elsewhere  One of China's difficult problems is how to handle these people. Brave fighters but apt to be destructive, they can become a revolutionary force if given proper guidance.”
[3] This will be another story I’m working on for later.
[4] Just recently Sedgwick County, where I live, voted to charge “user fees” in all public parks were a person might fish, campout or just picnic. It seems that local governments today just don’t want poor people to have anything to do at all.
[5] I also plan to write a story about the US prison system and my view of it from the inside. 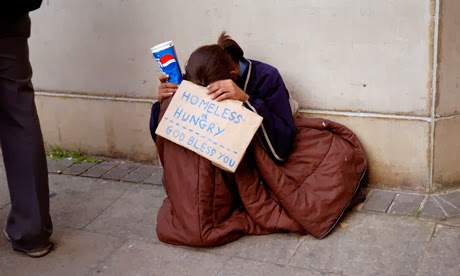