It’s phony election time and the farce of voting

Since election season is upon us, I like to write about the futility of most of our elections. I always thought elections were democracy and the point is for us to decide who will rule over us and what they will do. In reality wealthy people manipulate the public for their own privileges and white middle class bigots use these elections to oppress the under classes.We have two parties that are taken seriously and it is winner take all. The Democrats seem terribly afraid to actually mount a campaign against the Republicans these days, so they appear to be missing in action. Some people say they lack backbone—others say they simply lack any serious differences from the Republicans to be a real opposition party, so we really have just one party in Kansas most of the time and in most places.
There have been those unusual Democrats who run really good campaigns, but so far this year I haven’t seen that happen. Unless the race is real close, the press calls these elections long before they happen. There is no real reason to vote if your candidate doesn’t have a chance. Actually there is no real reason to vote in most elections anyway.
Most candidates scurry like rats to get the endorsement of wealthy backers as the Koch Brothers or the Kansas Chamber of Commerce. Representative Scott Schwab, Republican-Olathe, did not receive an endorsement for the Aug. 5 primary election from the Kansas Chamber PAC. He could have addressed the public who have to vote for him before he can win the election. Although he needs the public’s vote, he never bothered to address the public for their support in the elections. While elections may be won by many little people’s votes, Schwab made it clear he considered only a few constituents’ opinions important and those are the ones he wanted political and financial backing from.
We see this all the time. We the people vote, but that is not what actually wins elections. Recently we had a Debate at the 2nd Annual Kannabis Cookout. This event was very successful. But four candidates were invited to take part in a debate over the way Kansas treats its citizens whey they are caught with marijuana. The two main candidates for the main political parties for governor simply blew the even off saying they had other engagements. The report on one candidate read: Winn:
We were told from the Winn campaign manager just a few days before the event, that they didn't know if it was "worth their time" to come to our event.
At least it’s honest. Most candidates are busy with business people and middle class white folks, involved in mainstream activities. Anything to do with legalizing drugs may not be in favor by our corporate masters and THEY are the ones are really deciding who is going to run our country.

The entire message on the Kannibis Debate:

Here are the results for Kannabis Debate at the 2nd Annual Kannabis Cookout. Keep in mind all four candidates had an invite, and they all had to drive the same amount of distance to the Kannabis Cookout.
Brownback: No Show! said he was going to be in Hays Parade and they wasn't sure they had enough time for the drive.
Davis: No Show! Prior engagement (Hays Parade)
Winn: No Show! campaign manager agreed in writing to attend.
We were told from the Winn campaign manager just a few days before the event, that they didn't know if it was "worth their time" to come to our event.
again (Hays Parade).
Umbehr: Yes Mr. Umbehr showed up, let me repeat it. Mr. Umbehr showed up!!!!
Keen confirmed in writing he would attend.
We received a telephone call from Keen, stating that although he also is going to attend Hays Parade, after the parade ends, he intends to make the drive from Hays to Wichita to come join us at the park.
With all that said, Fire it up Kansas moved the debate time for all candidates to a much later time to allow for safe travels.
Thank You Candidate Keen Umbehr for being committed to listening to all of Kansas and not just a selected few.
Thank You Candidate Alvin Zahnter for U.S. Senate for coming out to the Kannabis Cookout. Mr. Zahnter drove from the parade in Hays.
Thank You Candidate Eric Henderson for coming out to the Kannabis Cookout. Mr. Henderson is running in the 91st district.
Kansas has a Kannabis Community and that community is no different then any other community. We have the right to be heard! All kannabis consumers need to stand up and demand change. No matter how many names you call it, or categories you put it in, it all boils down to one thing, a legal market for all. Anything less is still illegal for most. Baby steps, how many baby steps does it take to get what you want. We all already know Kansas has been working on some sort of legalization for years and has gotten nowhere. Does it remind you of anything? (bridge to nowhere). lol.
November 2014 is election time!!! If you're not a registered voter get registered and vote. If you don't vote you have no right to complain later when all is said and done. Who knows your vote could have made the difference, but we'll never know if you don't vote. Do your homework and vote for real change. Don't let someone else tell you who to vote for. There is information on all candidates on google or simply seek them out on facebook. Make sure to research all candidates who's running in the November 2014 election not just governor candidates.
Together we can fire up the cause in the Land of Oz!!! pPp~~ 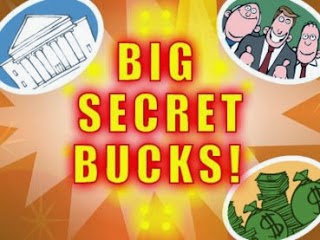