Did Mao Really Kill Millions in the Great Leap Forward?

Since the end of the cold war US publishers have promoted books that claim that all the leaders of the Communist countries were mass murderers. Mainstream news articles also reflect this. The mainstream press has constantly promoted the idea that "we now know that Mao (Zedong) killed millions in , especially during the Great Leap Forward," or "We now know that Mao was the greatest mass murderer in history."
I also note that the ruling class, in the US and elsewhere, are trying to permanently disrepute and discourage anyone from believing that Mao had any redeeming values or had any positive role in the development of modern China.
Mao was anti-capitalist. He was anti-bourgeois and he was anti-imperialist. It is for those reasons that our mainstream press is trying to re-write history so that anyone who has those characteristics ends up looking like another Adolf Hitler.
For example, from the (British) Independent:  "Mao's Great Leap Forward 'killed 45 million in four years'"

And from Quora: "How did Mao manage to kill ~78 million people?"

So here is a good article to explain the gross exaggerations and out right lies:

-សតិវ​អតុ
From Monthly Review:
By Joseph Ball
Over the last 25 years the reputation of Mao Zedong has been seriously undermined by ever more extreme estimates of the numbers of deaths he was supposedly responsible for. In his lifetime, Mao Zedong was hugely respected for the way that his socialist policies improved the welfare of the Chinese people, slashing the level of poverty and hunger in and providing free health care and education. Mao’s theories also gave great inspiration to those fighting imperialism around the world. It is probably this factor that explains a great deal of the hostility towards him from the Right. This is a tendency that is likely to grow more acute with the apparent growth in strength of Maoist movements in and in recent years, as well as the continuing influence of Maoist movements in other parts of the world.
Most of the attempts to undermine Mao’s reputation centre around the Great Leap Forward that began in 1958. It is this period that this article is primarily concerned with. The peasants had already started farming the land co-operatively in the 1950s. During the Great Leap Forward they joined large communes consisting of thousands or tens of thousands of people. Large-scale irrigation schemes were undertaken to improve agricultural productivity. Mao’s plan was to massively increase both agricultural and industrial production. It is argued that these policies led to a famine in the years 1959-61 (although some believe the famine began in 1958). A variety of reasons are cited for the famine. For example, excessive grain procurement by the state or food being wasted due to free distribution in communal kitchens. It has also been claimed that peasants neglected agriculture to work on the irrigation schemes or in the famous “backyard steel furnaces” (small-scale steel furnaces built in rural areas).
Mao admitted that problems had occurred in this period. However, he blamed the majority of these difficulties on bad weather and natural disasters. He admitted that there had been policy errors too, which he took responsibility for.
Official Chinese sources, released after Mao’s death, suggest that 16.5 million people died in the Great Leap Forward. These figures were released during an ideological campaign by the government of Deng Xiaoping against the legacy of the Great Leap Forward and the Cultural Revolution. However, there seems to be no way of independently, authenticating these figures due to the great mystery about how they were gathered and preserved for twenty years before being released to the general public. American researchers managed to increase this figure to around 30 million by combining the Chinese evidence with extrapolations of their own from ’s censuses in 1953 and 1964. Recently, Jung Chang and Jon Halliday in their book Mao: the Unknown Story reported 70 million killed by Mao, including 38 million in the Great Leap Forward.

The approach of modern writers to the Great Leap Forward is absurdly one-sided. They are unable to grasp the relationship between its failures and successes. They can only grasp that serious problems occurred during the years 1959-1961. They cannot grasp that the work that was done in these years also laid the groundwork for the continuing overall success of Chinese socialism in improving the lives of its people. They fail to seriously consider evidence that indicates that most of the deaths that occurred in the Great Leap Forward were due to natural disasters not policy errors. Besides, the deaths that occurred in the Great Leap Forward have to be set against the Chinese people’s success in preventing many other deaths throughout the Maoist period. Improvements in life expectancy saved the lives of many millions.
We must also consider what would have happened if there had been no Leap and no adoption of the policies of self-reliance once the breach with the occurred. was too poor to allow its agricultural and industrial development to stagnate simply because the Soviets were refusing to help. This is not an argument that things might not have been done better. Perhaps with better planning, less over-optimism and more care some deaths might have been avoided. This is a difficult question. It is hard to pass judgement what others did in difficult circumstances many years ago.
Of course it is also important that we do learn from the mistakes of the past to avoid them in the future. We should note that Mao to criticized himself for errors made during this period. But this self-criticism should in no way be allowed to give ammunition to those who insist on the truth of ridiculous figures for the numbers that died in this time. Hopefully, there will come a time when a sensible debate about the issues will take place.
If ’s rate of improvement in life expectancy had been as great as ’s after 1949, then millions of deaths could have been prevented. Even Mao’s critics acknowledge this. Perhaps this means that we should accuse Nehru and those who came after him of being “worse than Hitler” for adopting non-Maoist policies that “led to the deaths of millions.” Or perhaps this would be a childish and fatuous way of assessing ’s post-independence history. As foolish as the charges that have been leveled against Mao for the last 25 years, maybe. 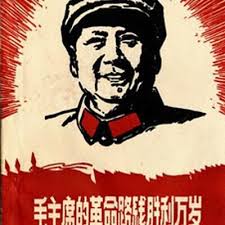