Why and how must we defend Maduro and his Bolivarian revolution in Venezuela?

By សតិវ អតុ
There is so much hypocrisy on the stand against Venezuelan President Nicolas Maduro and his Constituent Assembly vote that it is hard to decide where to start. Supposedly Maduro is voting on a system that will grant him more power and damage the so called "democracy" that has had for many decades.
President Trump has slapped sanctions on Maduro and his country. US and Western politicians, along with almost every mainstream Western journalist, have run a steady stream of anti-Maduro propaganda, as if Maduro was another Hitler. 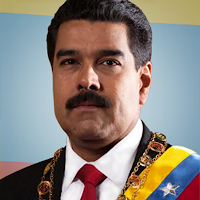 And yet we see how phony this campaign is when we look at recent events in , where President Recep Erdoğan has just held an election to give him all the powers a leader needs to be an actual dictator. According to The New Yorker:

"On Sunday, Erdoğan declared himself the winner of a nationwide referendum that all but brings Turkish democracy to an end. The vast new powers granted to Erdoğan—wide control over the judiciary, broad powers to make law by decree, the abolition of the office of the Prime Minister and of Turkey’s parliamentary system—effectively make him a dictator. Under the new rules, Erdoğan will be able to run for two more five-year terms, giving him potentially another decade in power, at least. With a vote by the now truncated parliament, he would be able to run for yet another term, one that would end in 2034. By then, he’ll be an old man."

So where are all the sanctions? Where are all the condemnations? Where are the endless tirades demanding Erdoğan step down? The difference is that is a close US ally and a supporter of  both capitalism and imperialism. No matter how much of a dictator he becomes, both politicians and the mainstream press are keeping their hands off of Erdoğan.
This anti-Maduro campaign is not restricted to the . British politicians and their news media have also jumped into campaign. Conservative news outlets have trashed Jeremy Corbyn, the democratic socialist Labour Party leader. For example, the tabloid newspaper The Sun ran an article claiming:

"JEREMY Corbyn hailed Venezuela as a model of socialism — until it brought carnage, ruin and squalor to a once wealthy country.
Comrade Corbyn has also long championed the despots who plunged this supposed Marxist paradise into bloody chaos."
Not surprising, many conservative Latin American countries have joined in with the condemning Maduro and his election. Argentina, Brazil, Colombia, Costa Rica, Guatemala, Honduras, Mexico and Paraguay - have joined in the chorus of their imperialist master—the US. Many have had their own problems with either left-wing political movements or actual insurgents.
At least four brave national Latin American leaders have come out in favor of Maduro and that is Bolivia, Cuba, Ecuador and Nicaragua. Russia and China have also come out to support of . According to Telesur TV Bolivian President Evo Morales congratulated for its successful National Constituent Assembly:

“I would recommend and make their own Constituent Assembly ... to change their capitalist system, their imperialist system,"

And the reality of this support is that it is not strong enough to counter what the US and its allies are trying to do to that nation, both in their propaganda drive and actual destructive campaigns that include sanctions, CIA support to the opposition, including encouraging the demonstrations that have gained Venezuela so much negative attention.
Telesur TV also posted an article exposing cables published by WikiLeaks:

WikiLeaks has published an excerpt of a 1988 declassified cable between the U.S. State Department and the U.S. Embassy in highlighting the ' longstanding interests in ...
The cable, titled "U.S. Goals, Objectives and Resource Management for Venezuela," outlines that the main goal of U.S.-Venezuela relations is to ensure that "Venezuela continues to supply a significant portion of our petroleum imports and continue to follow a moderate and responsible oil price position in OPEC."
The release of the declassified document comes a day after U.S. Secretary of State Rex Tillerson warned of "regime change" in .
“We are evaluating all of our policy options as to what can we do to create a change of conditions where either Maduro decides he doesn’t have a future and wants to leave of his own accord or we can return the government processes back to their constitution,” Tillerson told a press conference.
Tillerson is the former CEO of oil giant ExxonMobile, raising suspicion his position on has been influenced by oil interests.
President Maduro has attacked the recent sanctions are an "imperialist attack" against .
likewise described actions as "an international plot to suppress the will of the Venezuelan people."

As this article shows, Rex Tillerson, Secretary of State, is also a former oil executive. There is a close relationship between the government and its corporate interests. As with Tillerson these relationships, corporate and political, overlap. And corporate interests are largely what drives US interests in the "Venezuelan democracy." Beyond human rights and fair elections there is always the interest of the free market and capitalism. Every foreign policy decision is driven by corporate interests—that is our access to resources and markets. Those interests come first. That explains why human rights and democracy are important to the for Maduro but of almost no  importance to Erdoğan's regime.
Maduro is part of the Bolivarian Revolution, a movement of democratic socialist parties that are trying to provide empowerment to their poorest citizens and control over their natural resources from corporations that are part of US and Western Imperialism. According to members of the Friends of Venezuela Solidarity Committee () and the Caribbean Movement for Peace and Integration:

“We recognized and support the election of the ’s National Constituent Assembly(ANC). We also support this Assembly that embraces a wide cross section of Venezuelan People,” activists said in a joint statement.
They also denounced ’s right-wing opposition, which is calling for the removal of democratically-elected President Nicolas Maduro, and called on and other countries to support the ANC.
“The peace loving people of and the Caribbean will protect the Bolivarian Revolution that defends the poor and powerless people of the ,” the statement said.
“This Revolution has created the condition for many Caribbean Countries to deal with our problems of energy, health, education, housing and many other social problems that have affected the poor and powerless in our region.”
Despite the fact that over 8 million people voted in the ANC election held last Sunday in support for a peaceful resolution to the crisis in Venezuela, the U.S. government called the election a “sham” and imposed new sanctions."

If there is one thing the has no interest in, it is the rights of the poor and powerless. The and its Western partners are government of the rich, for the rich, by the rich and financed by the lower classes. There is no empathy for any "poor people's government."
So that brings us to the conclusion of this story—where do we go from here? Our news media is saturated with advice on what to do about .[1] With the exception of a few alternative, liberal, democratic socialist and Marxist web sites, such as this one, [2] all the talking heads are looking at ways to either convince Maduro he must step down or just simply get rid of him—by whatever means that seems to work. In the case of the , one of their favorite methods of regime change is the military coup. That may be hard for this country as Maduro and former President Hugo Chávez  have strong ties to the military. But it can't be ruled out. The has a long history of taking out left-leaning leaders, such as Salvador Allende, of , with military coups. These coups are often violent and can lead to undemocratic, anti-human rights military dictators such as that of General Augusto Pinochet, of Chile. The government has never had a problem with killing democracy to save the free market, capitalism and imperialism.
So what do we do? Some of that is obvious. We print articles in any publication we can, which should include writing letters to our local newspapers.[3] Many of us write for blogs, with small audiences, and we need to provide honest information for those honest and thoughtful people who will take the time to look for another opinion when they realize they are being robbed of such information. We can take advantages of public forums, election campaigns and other events where there are a lot of people present and our voices can be heard.
—Demonstrations- campaigns- all need to be utilized! —
This is not the only important anti-imperialist campaign that is needed now. There is the important struggle of the Communist Party of India (Maoist). They are perhaps the most important movement in the world today. They hold out real promise of a real Maoist socialist revolution. But if such revolutions are to be successful, we in the imperialist "belly of the beast" must find ways to stop the imperialist attacks on countries who try to change their system. The Bolivarian revolutions may not be our ideal system, true socialism or direction, but if we can't defend Maduro—how can we defend CPI(Maoist) if they triumph in ? There are limits to what we can do to stop imperialist campaigns, such as that of . But this is the perfect time to start practicing with campaigns to stop US imperialism. If the Bolivarians can't survive, how will we support real revolutions when they come to such countries as Ecuador? We must support the rights of smaller nations to determine their own destiny without the meddling of US Imperialism. 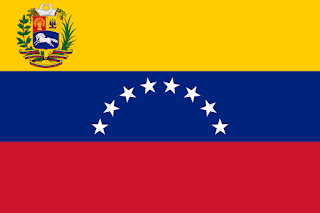 [1] See for example: José Miguel Vivanco and Tamara Taraciuk Broner,  "What the world needs to do about ," CNN, http://www.cnn.com/2017/04/23/opinions/twitter-venezuelan-protest-vivanco-broner/index.html
[2] This is an example of such a web site, a Maoist blog.
[3] Don't laugh. Many local newspapers will print our letters and we get a least a quick sound bite to counter all the propaganda that the main stream press is flooding the news with. See as an example: "Killing from afar- Letter to the Wichita Eagle Editor," Artsy Fartsy, http://artsyfartsy45.blogspot.com/2017/02/killing-from-afar-letter-to-wichita.html