Most people know that Bela Lugosi is the actor that played Dracula in the 1931 horror classic, Dracula. 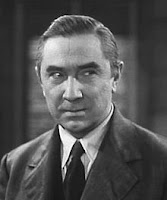 In both Bram Stokers book and the movie Dracula is supposed to be from . But Lugosi is actually from .


What most people don’t know is that Lugosi help organize 's National Trade Union of Actors, the world's first film actors' union. . He was also a staunch supporter of the 1919 Hungarian Revolution that briefly brought Bela Kun's into power.

That revolution only lasted for one year and then it was overthrown with the help of neighboring countries. Kun’s revolution was one of the first communist revolutions in the world, after the .


Because of his support for Kun, Lugosi had to sneak out of his country. He eventually ended up in the , in 1921. His portrayal of Dracula is usually considered a favorite of both that character and of vampires by most people even today.


He had a long career and joined with Ed Woods towards the end of his life. Woods was famous for his real bad movies and his cult classic, Plan 9 From Outer Space.