"Continue your glorious liberation war." The exchange of telegrams between Stalin (Иосиф Сталин) and Mao Tse-tung (毛泽东) in January 1949

With a Google Translation:

The Networkof Communist Blogs (RBC) has translated, by its exceptional historical and political importance, the telegraphic correspondence between Stalin and Mao Tse-tung in January 1949 (preceded by a letter from CL Tikhvinsky), from the version published by the magazine Revolutionary Democracy of Delhi, India, courtesy of the magazine " Novaya i NoveishayaIstoriya ", n. 4-5, 1994, pp. 132-40 (to analyze the documents of the Presidential Archive of the Russian Federation). The texts in Russian language were translated into English by Satyabhan Singh and Tahir Asghar; Translation from English to Italian is part of the journal Theory and Praxis , which the Red Communist Blogs s has translated the text into Spanish (in the origonal version of this text, found in Red Communist Blogs). 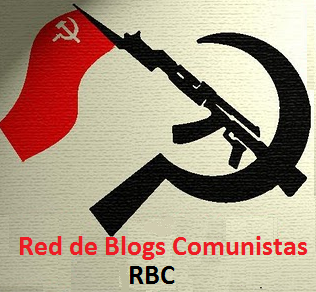 It is clear from the Stalin-Mao correspondence that Stalin's USSR strongly supported, even in those years, the revolution and anti-imperialist struggles throughout the world; This denies the usual accusations, launched against Stalin by the revisionist and bourgeois Trotskyists, according to which he viewed with disinterest the development of international revolutionary processes for nationalist interest or because he intended to "divide the world" in agreement with the imperialist powers. In spite of the well-founded reservations they had about the internal reality of the Chinese Communist Party, Stalin - who distinguished with great lucidity the stages of the revolutionary process - was very clear, at that time,
In 1949 the situation had undergone radical changes: the People's Liberation Army had acquired the numerical superiority over the Kuomintang army, the pace of advance of the popular forces was going faster, the internal regime of the Kuomintang was in full faint; furthermore, the interference of the imperialist powers, and in the first place of the United States, through Chiang Kai-shek's fraudulent "peace proposals" agreed with the Americans, not only endangered the victory of the PLA and the CCP , but also they prepared the beginning of a military intervention of the western powers to China, that at that time was not still discarded. An eventual success of imperialism in the immense Chinese "continent" would have meant the encirclement of the nascent socialist camp (and,
It was, therefore, necessary to make the reactionary attempt fail with a tactic that the correspondence we publish clearly illustrates. In the end, after some initial uncertainties and reservations, Mao Tse-tung accepts the tactic suggested by Stalin, which indicated without hesitation the objective to be carried out: "Continue your glorious liberation war."
That Comrade Stalin was right, and that the Chinese revolution should go through the democratic stage of the war of national anti-imperialist liberation is history. Mao Tse-tung's strategic perspective, at that stage, was the same. In November 1948 he had written: "The work of the Chinese Communist Party is to unite the revolutionary forces of the whole country, to hunt down the aggressive forces of American imperialism, to overthrow the reactionary rule of the Kuomintang and to found a popular, democratic and unified republic! Revolutionary forces from all over the world, unite to combat imperialist aggression! ", (In" For a stable peace, for a popular democracy ", No. 21, 1948).
Posted by SJ Otto at 11:27 AM