From The Idiot Factor:
At last President Donald Trump has pulled out his plan for fighting the opioid epidemic and the fist thing he wants to do is kill people who sell drugs. There is nothing new about this. It was suggested during the crack cocaine epidemic of the 1980s under then President Ronald Reagan. It was a bad idea then and it is just as stupid an idea today. The country needs to abolish the death penalty and not expand on it.
The entire continent of Europe has done away with the death penalty. The is the only industrialized country backward enough still use it. According to CNN:

"Trump's long-awaited plan will focus on three areas: Law enforcement and interdiction, prevention and education through a sizable advertising campaign, improving the ability to fund treatment through the federal government, and help those impacted by the epidemic find jobs while fighting addiction, Bremberg and White House counselor Kellyanne Conway said.
Congress recently appropriated $6 billion to combat the opioid epidemic, and a senior administration official told CNN that Trump's plan will lay out how the administration believes that money should be spent.
The concept of the death penalty for certain drug traffickers is something Trump has been outspoken about, but this will be the first time it will be part of an official administration plan."

Of this plan, both the death penalty and the advertising campaign or ideas whose time came and went. Such advertising has little affect on drug use. The death penalty is more evidence that conservatives believe almost every problem this nation has can be solved by killing people. For a man and party that don't care that poor people die early from lack of health care, it is no surprise that this president wants to kill people in an attempt to shoot down the problem. This is just like the idea of arming teachers. Conservatives believe that the way to stop crime is to give guns to good guys so they can kill more bad people, even if they kill a few innocent people in the process.
This is a time when the majority of people in this country are trying to end the ridiculously long prison terms, mostly drug related, that have left this country as having more of its citizens in prison than any other country in the world. Many people in the realize that a country that claims to be "the freest in the world," can hardly make that claim with so many of its citizens in prison.
Also according to CNN:

"Trump called for the death penalty to drug dealers earlier this month at a rally in . His plan is expected to focus on sentencing reforms for drug dealers that would stiffen penalties for high-intensity drug dealers while "other people languishing in prison for these low-level drug crimes," a senior administration official said."

So Trump is not interested in lowering the number of people in US prisons. This is the kind of foolishness that US citizens can expect from this idiotic president. Trump has no new ideas. More money for treatment is a good idea, but the rest of trump's plans don't make any sense and won't help the problem. We can expect more stupid ideas from this stupid president. 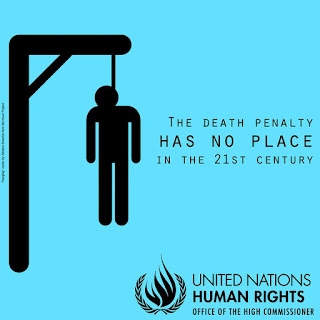 Pix from Bloggaz With Attitude.
Posted by SJ Otto at 7:15 PM