By SJ Otto
It has been 40 years since the launching of People’s War in . Since the capture of Chairman Gonzalo, in 1992, the People’s War has lost a lot of steam. For a short time the government wanted to claim total victory over the so called “Shining Path Guerillas,”[1] as they where known in the press at that time. But they have not been able to claim “total victory.”[2] It is true that the war has wound way down since 1995. But the Guerrillas are still in existence in the country side.
It would be easy to just blow the whole thing off as if it were over already—the war is over, the movement must also be over. But that is not the case. After the capture of Gonzalo, the movement split into factions. One faction, The Peru People’s Movement continues to support the “People’s War,” as if nothing has ever happened to stop it. Since Gonzalo has no way to tell the people what he wants, they refuse to believe he actually wants to end the People’s War.
A political movement called MOVADEF, (Movimiento Por Amnistia Y Derechos Fundamentales/Movements for Amnesty and Fundamental Rights) has called for an end to the People’s War and wants to form a legal political party. They claim to have support from Chairman Gonzalo. But the government has refused to allow MOVADEF to become a legal political party. The Peruvian government has treated MOVADEF as if they are just a branch of the so called “Shining Path.” The Peru People’s Movement has treated MOVADEF as if they are traitors to the movement. They are bitter enemies.
I can remember reading about the then called “Shining Path”, in the 1980s, who had won snippets of news in such publications as The Wall Street Journal. They would blow something up or they would attack a column of troops and they made the news. They seemed like a small group, but as time went along they seem to be growing in size and influence. They began their military campaign just about 1980. They continued on until today. Before the capture of Gonzalo the mainstream press admitted that the guerrillas were actually winning the war. According to Jo-Marie Burt & José López Ricci, NACLA:

“A steady increase in the scope and intensity of the armed actions of Shining Path (Sendero Luminoso) throughout led many observers to argue in early 1992 what until then had been unthinkable: the Maoist organization appeared to be on the verge of taking power in . pundits sounded the alarm. “Make no mistake, if Shining Path were to take power, we would see this century’s third genocide,” warned Assistant Secretary of State for Inter-American Affairs Bernard Aronson, compairing Shining Path to Hitler and ’s Pol Pot. Not even Peruvian President Alberto Fujimori’s dissolution of Congress and suspension of the Constitution in April of that year seemed to detain Shining Path’s campaign. A wave of bombings in Lima in the months after the “Fujicoup” which culminated in an “armed strike” that virtually paralyzed Lima––and the government’s incapacity to respond effectively––made Shining Path seem unstoppable”

For some of us, this was wonderful news. The PCP (or Shining Path as they did not like to be called) was on top. They were winning. They were considered by many to be the most violent guerrilla group in the . Still, many of us left-wingers, supported them.
Today they are not about to win. The military wing is no where near as strong as it once was. Their victory, if it ever comes, is a long way off. And still this group has instilled a movement that has encouraged Marxist-Leninist-Maoist parties all across South American, and a few Asian countries. The theories of Gonzalo Thought have taken root across these countries. These MLM groups largely debate the role of People’s War and other aspects of Gonzalo thought. According to The Peru People’s Movement:

"The most substantial and developed part of Gonzalo Thought is found in the Party’s General Political Line. This Thought directly sustains the line and its five elements, since it is the point of departure of this sustainance how it understands and firmly maintains the course of the program."
"To Study and principally to apply Gonzalo Thought is decisive in order to serve the Party, the development of the People's War and the world proletarian revolution more and better. Thus it is decisive to learn from Chairman Gonzalo to wholeheartedly serve the people."
FIRST CONGRESS OF THE COMMUNIST PARTY OF

So we still have the influence of the “Shining Path” or the Communist Party of Peru (PCP) Maybe they are not close to victory. Maybe they are a long way from it. But today we have the influence of that movement. They still have a lot of support from around the world. There still a lot of people who are taking their influence from Gonzalo thought. So for the 40th anniversary of People’s War, we are still debating how or if we should launch such a thing here in the west, the , or . That debate is not over yet! It goes on today.
Much of what the PCP did right can be found in the article; “Another look at Protracted Peoples’ War - the nuts and bolts strategy of the Peruvian Revolution.”
On the 40th anniversary of People’s War in and the leadership of the Communist Party of Peru and its leader Chairman Gonzalo, we celebrate their accomplishments. We can study the People’s War in and learn from their accomplishments.

Also see: Peru’s Civil War Left It Vulnerable to the Pandemic
And see:


Declaration of the People's Movement on the occasion of the 40th Anniversary of the ILA.—click here.

[1] The Shining Path is a name given the Communist Party of Peru, by the Peruvian and international press. The Communist Party of Peru or PCP as they call themselves have rejected that name.
[2] See Sara Blake, THE SHINING PATH OF : AN ANALYSIS OF INSURGENCY AND COUNTERINSURGENCY TACTICS,
Small Wars Journal, Sendero Luminoso (Shining Path) is a Maoist faction of the Peruvian Communist Party that began its armed struggle against the Peruvian government in 1980. The most active and violent period of the insurgency lasted from 1980-1995. Although the Shining Path has carried out attacks in recent years, it has been on a much smaller scale. According to the Peruvian sponsored Truth and Reconciliation Commission, as many as 70,000 Peruvians were killed throughout the insurgency. Therefore, this has been one the country’s bloodiest conflicts in recent history. 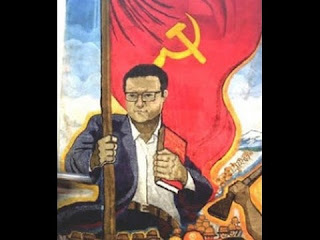