In memory of one of the greatest martyrs, Baba Bhuja Singh, on his 50th anniversary.

By Harsh Thakor
On July 28th the Communist revolutionary world dips its blood in memory of one of it's greatest martyrs, Baba Bhuja Singh, on his 50th martyrdom anniversary. Few comrades shimmered the torch of what is now Marxism-Leninism-Maoism with the intensity or meticulous skill of Baba who blended the determination of a soldier with the vision and creativity of a painter. In his lifetime he encountered the most turbulent or stormiest of oceans or the wildest forests but his spirit remained undeterred. With dialectical mastery he overcame every hurdle. Even in the gravest of situations he would resurrect his soul like a phoenix rising from the Ashes.

He had a subtle or characteristic approach in integrating with the struggles at different junctures understanding the language of the masses in deep depth. He gave great respect to the involvement of women and the Dalit community. In his view the aspects of oppression of women and Dalits had to be treated as separate subjects in itself.
Baba Bhuja Singh played the role of an architect in the building of the Ghadr party, the Kirti party, the revolutionary movement of the pre 1947 period of the Communist Party of India,  post-1947 agitation sled by the Communist Party of India and finally the Naxalbari movement led by Communist Party India (Marxist Leninist) (C.P.I.(M.L.)Within the Communist movement he confronted revisionism with a sword of iron and was instrumental in the Communist party in Punjab rejecting the revisionist line of the All India Communist Party of India in the 1940's ,and lighting the spark of armed agrarian struggle in Punjab. His practice gave shape to the Communist movement in adopting the Chinese path prescribed by Chairman Mao. After 1947 Comrade Bujha raised his powerful voice against revisionism more than anyone and morally led the demarcation of the Punjab Communist movement against revisionism. Within the All India Coordination Committee of Communist Revolutionaries (AICCCR) and the C.P.I.(M.L.) itself he strived for mass line and mass movements and with surgical precision.
He established great rapport with the Argentine people in the anti-colonial struggle, winning their hearts as a Ghadarite. Meticulously with other comrades like Teja Singh Swatantra he established units through political study circles and initiated military guerilla training. Being a hard core opponent of Gandhian non-violence he stressed on the need to militarily overthrow the British rule. In he was arrested for raising funds after imposition of martial law.
In he was inducted into study classes on Marxism-Leninism and its application to colonialism. He interacted with fellow Ghadarite students from , , , Malaya etc. which he brought into the Ghadr movement. All the Ghadraites received military training. Baba was deeply impressed with the socialist construction in Soviet Russia which he thought represented a new epoch.
His contribution to the building of the agrarian movement under the Kirti party was remarkable. He initiated formation of debt committees in Doaba. He launched a magazine "Kirti." In Jalandhar he began to organize a Punjab Kisan Sabha. Then in Lyalpur district he worked as a main organizer and in four tehsils mobilised the peasantry. His efforts enabled the Kisan Sabha to combat Sikandar Haya Khan and Chhotu Ram who were amongst the most powerful landlords and ministers. They used to organize peasant conferences on lines of caste and ruled and divided peasantry on caste lines. It facilitated the growth of the Kisan Sabha with a central poster published exposing the nefarious designs of the ministers.
Under Bhuja's leadership a campaign was initiated to open and close mouths of water channels for irrigation. The peasants blocked the water openings irrigating land of the 2 ministers and other oppressive landlords. The small peasants now had access to channels of their own fields. This campaign enabled to accentuate the struggle between small peasants with the feudal lords and government.
Under Baba's tutelage a mass upsurge erupted which took a major organizational shape after a landlord slapped a water carrier. At the conclusion the landlord yielded and pleaded for mercy by touching the feet of the water carrier.
On issue of debt Bhuja Singh launched many struggles which paved the way for many comrades to be won over to the body of the Kirti party. He explained to the peasantry that only through integrating them within the framework of the Kirti party that any genuine freedom could be won from the British. The issue of political consciousness and military training was highlighted through this platform. 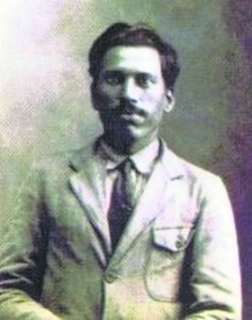