I've been on an ancient history kick lately. I've taken an interest in writing about various historical figures. So the other day I was interested in a National Geographic article called "The Most Influential Figures of Ancient History."


Just as a Maoist has different ideas about who is a great leader today and who is not, we also have differences of opinion on ancient leaders, philosophers and such. It is not that I disagree with everything our established historians believe. Most of these influential people are influential. Most have had a real influence on our modern day societies. And I appreciate at least some of what these people have left to us. Usually I don't agree with everything. But almost all the ancient philosophers and leaders have some redeeming values.

With as many leaders as National Geographic has decided to write about, I can't finish this essay in one long article. So I will begin with one of my least favorite ancient leaders: Alexander The Great.[1] Right off, here is a tip: 'Anyone who gets a label, such as "The Great," is probably someone I'm not going to like all that well.' The National Geographic article starts off with: 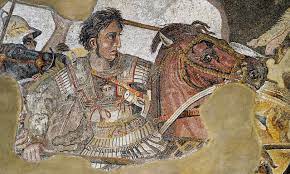 "The vast Eurasian empire that Alexander the Great (356–323 B.C.) forged was not long-lasting, but his heroic deeds were legendary. Alexander was the son of King Philip II of Macedonia, a realm north of . When was left unstable by the interminable Peloponnesian War, Philip saw an opening and took it; he subdued around 339 B.C.

While Philip was at war, Alexander studied math, archery, and other subjects with tutors, including the renowned philosopher Aristotle. According to Greek author Plutarch, Alexander kept a copy of Homer’s Iliad, annotated by Aristotle, “with his dagger under his pillow, declaring that he esteemed it a perfect portable treasure of all military virtue and knowledge.”

So far it is pretty much just a history lesson. Over the years I have heard this guy taught by many different teachers and many of them seem to delight in telling his tales. "But his heroic deeds were legendary," the article tells us, in part. Many historians do look upon this guy as "heroic" and "legendary." One thing that can not be questioned is that Alexander was an emperor. He tried to form a major empire and for a while he succeeded. But was he really a "great" man? Or was he an adventurous tyrant? Was he just trying to build up an empire for his own vanity?

Another important person who is mentioned here in this passage, as well as in other parts of this issue, is Aristotle, the great philosopher. He is revered by our Western philosophers, academics and historians of today. But as far as I am concerned Alexander wanted him around to make himself feel smarter. He wanted to be seen as an intellectual and Aristotle sold himself out for some money and fame.

The today is an empire. There is no way to deny that. The evidence is overwhelming. And the has also created a favorable view, among its citizens, that other nations that have been and used to be empires are usually a good thing. For example many people here in the will tell us, "The sun never sets on the ," (a little less than 100 years ago or so). For a lot of people, this is not looked upon as a bad thing. And who is more popular in British history than Rudyard Kipling. He was known as  "an English writer and winner of the Nobel Prize for Literature. He is best known for his poems and stories set in during the period of British imperial rule."

One thing Kipling is well known for is his ode to imperialism known as "The White Man's Burden." At the time it was published it was quite popular. According to Wikipedia:

"Kipling encouraged American colonization and annexation of the Philippine Islands, a archipelago conquered in the three-month Spanish–American War (1898)."


For the most part, the has never really taught children that there is anything wrong with an empire. For most of our history the is taught in school as a mostly good thing, even though it was mostly a ruthless empire that conquered people and subjugated them. In fact another important influential figure from that issue of National Geographic is Julius Caesar.[2] One thing I remember about Julius Caesar is that he was mentioned in the writings of Thomas Jefferson. was quite critical of Alexander Hamilton; 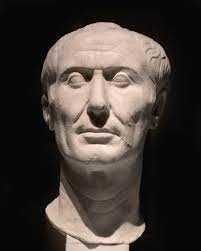 "Another incident took place on the same occasion, which will further delineate Mr. Hamilton's political principles. The room being hung around with a collection of the portraits of remarkable men, among them were those of  (Francis) Bacon, (Isaac) and (John) Locke, asked me who they were. I told him they were my trinity of the three greatest men that world had ever produced, naming them. He paused for some time: "the greatest man," he said, "That ever lived, was Julius Caesar." Mr. (John) Adams was honest as a politician, as well as a man; honest as a man, but, as a politician, believing in the necessity of either force or corruption to govern men."[3]

So there are more than two examples of ancient imperialists in the issue of National Geographic. And that is not surprising that this publication would list such people. To list, write and explain about such people is just good journalism and/or historical writing. But to honor them as great men is another things. As explained that imperialists  believe "in the necessity of either force or corruption to govern men." And as far as I am concerned imperialists nearly always rely on both of those things.

We will continue in the next issue, with more important ancient figures.