Here are some important quotes and some songs related to women and their issues. -Steve Otto

Unleash the fury of women

As a mighty force for revolution -Jiang Qing/江青

Women are the real architects of society. - Cher

I am grateful to be a woman. I must have done something great in another life.- Maya Angelou

I have plowed and planted and gathered into barns, and no man could head me. And aren't I a woman?... 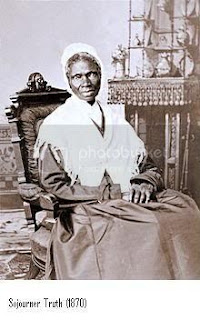 “We, the women of this country, have no ballot even if we wished to use it, and the only way that we can be represented is to take a man to represent us. You men have made such a mess of it in representing us that we have not much confidence in asking you […] We [women] are the slaves of slaves. We are exploited more ruthlessly than men. - Lucy Parsons

And here are some songs!:

Lesley Gore - You Don't Own Me