India- Aspects of psychology and weaknesses in Marxism Part 2

No revolution can be won without an inner spiritual change, which was morally shown in Russia, China, Vietnam or Cuba. Still Ghandy in my view should have thrown light on the historical changes of globalisation that tried to bury Marxism and not found fault with the ideology of Communism itself. It is in absolute contrast to late Sushil Roy who felt Bolshevisation of the party was very weak and thus looseness was created. Ghandy to me runs down Marxism and the organised movement by claiming youth in Andhra or Telengana are politically apathetic. He is critical of dogma but is very general and hardly touches on aspects of mass line or introspect into fundamental aspects of Marxism- Leninism. To me his criticism of lack of proletariat is immature if you analyse the destructiveness of globalization. By claiming Communist ideology has received a major setback he is doing no justice to the great achievements in the past Socialist Societies like Russia and China, albeit the grave errors. Ghandy does not delve into the root cause of the setbacks. I very much doubt his late wife Anuradha Ghandy would have endorsed his views which are inclined towards post modernism. Ghandy has no lines for the failure of the mass line in terms of the building of mass organisations or military line in the Charu Mazumdar era which is prevailing even today. When I met him I was surprised that he had no knowledge in the crusade for the mass line against left adventurism by comrades like T. Nagi Reddy or D.V. Rao.

So that he does not appear as disillusioned and broken by his prison ordeal, I suggest that KG go further in writing about the moral values that should be encompassed by M-L-Maoist ethics as part of education in philosophy and in proletarian revolutionary behavior. Quoting Chairman Joma Sison “KG makes loose, presumptuous and gratuitous remarks, like communists have no value system, overlook individual responsibility, have disdain for happiness in separation from aim of equality and depend on notion of inevitability instead of use dialectical materialism, class analysis, class struggle and mass mobilization. Quoting Anrudh Rajan “ I find some of his views, at least going by his interviews alone to be quite unusual. Besides the focus on happiness and values, which I suppose at a stretch one can compare to efforts of the cultural revolution to speed up the proletarianisation of the people and party or Charu Mazumadar's views of a new man emerging from annihilation of class enemies, it's his views on Cuba and China that worry me more.

Ghandy does not reflect how today it is the failure of subjective factors for launching protracted peoples war that are leading to reversal and weakness in the movement. He makes no mention of the ideological political struggle waged by Nagi Reddy streams like Centre of Communist Revolutionaries of India that later merged into the CPRCI(M.L.) In fact I hope a polemic is written by the Communist Party Re-Organisation Centre of India (Marxist Leninist) evaluating the book . He vaguely speaks about dogma within the Indian Communists, but projects no concrete alternative to developing the proletarian revolutionary line in the era of globalisation. No light is thrown on how we have to change method of organising the industrial labour class, who are so segregated or divorced from each other, in their place of work. It seems that KG has not given up on MLM and the socialist revolution but is demanding a clear value system to combat bad tendencies that may be generated by power and ego.

When was Cuba a socialist country? The Guerverists were petty bourgeoisie democrats at best and under the thumb of the revisionist USSR for most of their time in power. And China lifting millions out of poverty? As if the emergence of a middle class compensates for the countless workers toiling under unspeakable conditions ruled over by a bourgeois dictatorship? These are in fact the issues that I found more troubling than his doubts of agrarian war or electoral politics. One can always debate strategy and tactics but to have doubts of the class character of the enemy is in my opinion more dangerous.” Quoting Hindil Majumdar “We all know things need to be seen in a new light. But is he giving us anything new apart from the ethics-value-happiness ideals that he's talking about?” I somehow contemplate what would have been the fate of Kobad if he had joined the ranks of the mass line of the T Nagi Reddy variety culminating into the CCRI and later the CPRCI) ML) .It was the weakness of this trend in not having the creativity to consolidate and win over cadres who were swayed by revolutionary heroism of squad actions. I question why such groups could not win over cadre like Kobad Ghandy.I would have loved a dialogue between Kobad and the late Harbhajan Sohi. 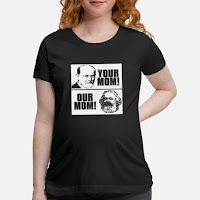 INDIA IS OVER ! IN THE DUSTBIN OF HISTORY !

It is GAME OVER !

COVID HAS DONE THE ULTIMATE PURGATIVE !

THE BLACK FUNGUS ARISETH ! IT IS THE BLACK PLAGUE !

It is COMPLETE DOOM !

The Daily VAX count is 3,00,000 in a nation of 1.3 BILLION ! IT WILL TAKE 10 YEARS TO VAX
There is no VAX stock !
There is no SURPLUS VAX STOCK IN THE WORLD to export to India
No 10 VAX suppliers in the world can feed Indians as THERE ARE NO RAW MATERIALS AND THE RW MATERIAL SUPPLY CHAIN goes via PRC
EVEN IF THE RAW MATERIALS ARE FOUND THE PRICES WILL SHOOT UP AND THE LEAD TIME TO SUPPLY WILL RISE
The GOI has REDUCED THE TESTS - which means that MORE PEOPLE ARE INFECTING MORE AND MORE

Best of all,THE COVID IS NOW IN THE VILLAGES AND SMALL TOWNS - where there are NO MEDICINES AND VAXES.

IF INDIA WANTS TO VAX EVEN 5O MILLION,IN A MONTH - THAT WILL "START", ONLY AFTER 5 MONTHS, (AFTER THE GOI HAS BUILT UP A STOCK BUFFER)! AND THESE MASS VAX EVENTS WILL BE A SUPERSPREADER !

ASSUMING DAILY 200000 COVID CASES NOT TESTED, AND 200000 CASES IN SMALL TOWNS,WHERE TEST KITS ARE NOT AVAILABLE - WE HAVE 4 LACS A DAY,AND 150 DAYS,AND EACH OF THE 4 LACS WILL INFECT,IN A GEOMEGTRIC RATIO !

THE SOUTH INDIANS,HAVE A NEEW MUTANT N440,WHICH IS 15 TIMES MORE LETHAL - IT WAS CONVERTING INTO 1617 - BUT IT HAS STOPPED AND THE DEADLY VARIANT IS SPREADING - FAST !

Burning with the energy of Agastya, the Danavas, abandoning both heaven and earth, fled "towards the southern direction".

EVEN THE O2 IS OF NO USE AS THERE WILL BE SO MANY CASES , THAT YOU WILL NOT HAVE A COW SHED, TO KEEP PATIENTS - HOW WILL THEY BE FED O2 ? ALL THE O2 IMPORTED PLANTS , WILL BE USELESS !

THE TIME HAS COME ! dindooohindoo

WILL THE CPIML STRIKE ? 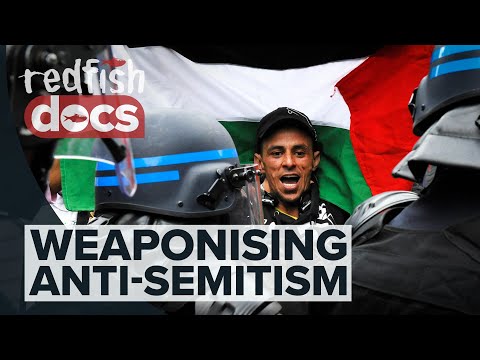