The 20th anniversary of 9/11 is today- which encouraged imperialism, jingoism and arrogance in general

Today is 9/11. It is an important day for me and many people across the country. I’ve been watching ABC News this morning. They are giving this day a lot of attention. While there was plenty of reasons to commemorate this day, it brought dread to me and it awoke the worst this country has to offer—jingoism, imperialism, arrogance and blind patriotism—the kind that encourages vicious militarism. I’m sure I’ll find some of the people and ideas ABC put on TV to nauseate me.

To be fair, the attack on the twin towers was a horrible tragedy. More than two thousand people died. For some of the victims there was no way out. Some folks jumped off the top of those buildings and they had no alternative. For the people who died there was nothing they could have done to prevent it. Some just made terrible mistakes. The loss of life alone was tragic. There was nothing justified about that attack, although the Pentagon was a legitimate military target.

The results was even worse. Flags were everywhere and lots of people joined the military so they could fight unnecessary and imperialist wars. People were nasty to those who are Muslim. People of Arab heritage had to be careful of ignorant bigots. Former President George W. Bush used this attack to start America’s longest war in Afghanistan. After all these years, President Joe Biden finally had the sense to take the US out of that stupid and needless war. The so called “War on Terrorism” has led to some of this country’s worst human rights violations since the Civil War, including the concentration camp at Guantanamo Bay. In 2003, Bush got this country into another war and occupation in Iraq. The US military is still there today.

There were a lot of fist responders who put their lives in jeopardy to help save what people they could. They are heroes and deserve to be treated as such. Those who led this nation into war are monsters and criminals. Whether they realize it or not, they have made this country way more dangerous and that is nothing to honor.

As citizens we need to make our voices heard. We need to expose and denounce imperialism, jingoism and all the isms that have made this country an abomination. Defining images from the 9/11 attacks | Reuters.com 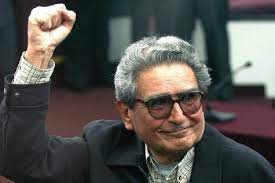