Bob Avakian is not always right, but he is not a treacherous traitor either

I've decided to try and give Bob Avakian a little more respect. He has kept his party together since the 1960s and his newspaper has presented us with news all that time. Most Maoist movements have not lasted that long-most have only lasted a few years or less. So he deserves some credit. I still don't like a lot of his methods. He seems way to cultish. For example on his recent summation of Chairman Gonzalo, his article takes the time to say: 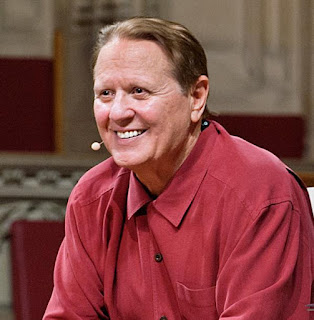 "At the same time, there were serious weaknesses and shortcomings in their conception of communism. In important ways, these echoed tendencies among other forces in the then international communist movement, which are in opposition to communism, especially its advance in the breakthrough of the new communism, brought forward by Bob Avakian (BA)."

His article on Gonzalo is about the most critical I have scene yet. However, to be fair Gonzalo's followers have not said good things about him. For example:

" Since the ‘80s, the PCP has been in the vanguard of the defense of Maoism and the struggle against revisionism in the international communist movement, unmasking the new revisionism of Avakian and Prachanda – since long before the treason was consummated – and insisting in the implacable struggle against conciliation and the convergences with revisionism. The Party today calls all the Parties and organizations of the ICM to participate in the open and honest debate about the application of Maoism and the international situation, crushing revisionism to be able to unite the communists of the world around a proletarian general line. The present Conference organized by the MPP is precisely a part of that task."

This is the kind of unflattering comments that I have decided to drop from my usual writings. It may seem that I am giving into revisionism, but I think basically, that Avakian is on the same side of the barricades as the rest of us. I also don't plan to jump in and support those who try to treat him as a clownish buffoon, as in the Facebook page "So You Want To Be A Central Committee Member." Avakian deserves some respect. I also disagree with him on some issues, such as his stand on religion. Again:

" I heard that when people took out my article Emancipation From Mental Slavery And All Oppression to people on the west side of , someone raised: “Where does our morality come from if we aren’t religious?”

But let’s get into it a little deeper. First of all, the fact is that the morality in the Bible is not a good morality—it is a morality that upholds slavery, the oppression and brutalization of women, and all kinds of other horrors. This is also true of the Qur’an and the scriptures of other major religions as well."

I have said before and I will say it again, I do not plan to exclude people from our movement because they continue to practice religion. My goals are political and my personal or religious (or lack of) beliefs are personal. If there are people who believe in or practice religion, if they accept my political ideas, I believe we should accept them. I can even see them belonging to our movement or a party.

On the other hand I have used many of the writings that I know come from his followers or his party, mostly from their international syndicated articles from A World To Win. Many are well written and I have made use of them. I have no problem with that.

So I plan to go a little easier on him. Maybe we at the war room can work with Bob and his supporters at least some of the time.

For the rest of his article, On the Death of Abimael Guzmán, “Chairman Gonzalo” -Revolution, click here.