Many people I know, Marxist and non-Marxist—oppose those executions and they should.

However, there is that understanding that many of the people executed were innocent. They did nothing wrong. But is that true for everyone they executed? Well, in my opinion—NO!

In my own country, let ‘s look at predatory lenders. Here are people who figured out that they can legally trap and make money off of the poorest of the poor. They know that poor people are desperate for money. They are desperate all the time.  Those poor people live pay check to pay check and they don’t make much money. Most of them manage to come up with enough money for a car. AHH! So there is their week spot. These people always need money. So they (predatory lenders) offer them a loan, lots of money. And all they need is a car title. Now comes the real deal. The predators charge huge amounts of interest, as much as 200 percent or more. Not only do they have a person’s car title, but they can also use the courts to go after those who can’t pay the huge amounts of money they want by garnishing some one's wages. When that person goes to get their paycheck—surprise! There’s no pay. Their pay goes to finance their loans. Former President Donald Trump defended these people. As far as I’m concerned, getting rid of people like this just helps clean out the gene pool. These people drag humanity down. And let's include Trump in this mess. Getting rid of him would not bother me.

Then there are people as the Koch Brothers, Charles and David. They worked hard to knock out unions for working people. At one point they said they wanted to “knee-cap” unions. The bottom line is that they have lots of money, but their workers work for near minimum wages. If they (Koch Brothers) were dragged into the streets and shot I would not have a problem with that. So when I look at these examples, I can see the allure of executions. The people I just explained deserve to be shot. Maybe it is not the right thing to do, but if anyone is going to be executed, the above people are excellent examples of who would be best for the victims. Some people deserve to be killed. Their deaths save the gene pool from horrible humans who do nothing but cause other's misery.

I remember when someone told me that Fidel Castro killed a lot of people when He took over Cuba. After seeing some of the people who have left the Island for the US, I can honestly say—serves them right. 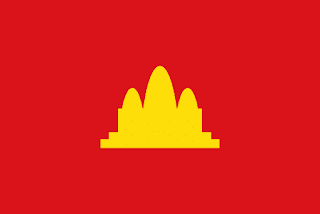