From La victoria de los oprimidos y explotados:
Hearing of the 27 of June.
Brief intervention by Dr. Abimael Guzmán:
"Mr. Director of debates, gentlemen. I have nothing to declare. For what reason? Because I have nothing to do with Tarata. When will you understand? Prove that I have done Tarata! Test yourself and I will believe you! 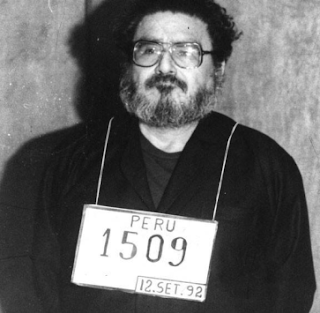 That is a complete farce! I have nothing to do with that! The Central Committee does not agree on specific facts. They do not understand what armed struggle is, how are they going to judge us? Look for a soldier who knows and can advise them as they do in other cases.
In the second fact, the problem of TID.
In my life, sir, I have never touched a blessed substance of drugs because they have formed me like this. I have a head, I do not need to get drunk to think, less debase. And that I have participated in that, never! Why? I am not one of those who poison, I am of those who fight for humanity. That is what I have tasted sir! Poisoners others who fill their pockets and are sending in Peru. Those are the culprits. Then I do not know what I'm going to talk about, sir. What do you want me to say? What do not I know? See the minutesof the Congress and there they will see the furious criticism that we made against this action of Tarata. And I'm going to give you a political reason sir. We arrived at a moment, 91, that we had to win the national bourgeoisie, how we were going to strike a blow? How then? There is no political sense, sir. It was a monstrous mistake of those who committed it. It is a political reason, show the opposite, we are politicians, we are not ganapanes nor adventurers who pay us, we are not that, we are communist fighters sir. So? What am I talking about? Neither has anything to do with me. That's all sir. "
Below you can see a video of the trial held on June 27, 2017 on the Tarata case. A circus mounted by the government of Peru that seeks to stigmatize and humiliate the Communist Party of Peru and the figure of its leader, Abimael Guzmán Reynoso better known as President Gonzalo. Imperialism falsely accuses the revolutionary narco-terrorist positions to deny that there has been a people's war.
This video is of special interest because it denounces the persecution, harassment and torture of political prisoners, as well as their defense lawyers and relatives. It should be noted that political prisoners are isolated on a long-term basis, in breach of international regulations, and cameras are placed in their cells so that there is no privacy and can be controlled at all times.
In practice the right of defense is severely hit. Since confidentiality between the defense lawyer and the accused is not respected, free meeting spaces are not offered. Peruvian state prosecutors, far from being impartial, show great cynicism and hypocrisy by referring to the defendants as "free prisoners" as if they really enjoyed the best conditions to face the trial. One more of the jokes to the intelligence that they have us accustomed.
The Peruvian state does not want to recognize that there was a people's war and therefore creates false judgments in order to sell the idea of ​​narcoterrorism. Leaving aside the economic, political and social causes that generated the conflict and obviating that the Central Committee of the Communist Party of Peru can not have any responsibility in the realization of a concrete and punctual.
Freedom for President Gonzalo and political prisoners!
Long live the People's War of Peru!
! Long live the Communist Party of Peru!