By សតិវ អតុ
Below is an editorial about how the US really has heroes. Its a kind of "ra ra ra" this country's not as bad as some of you folks say. Well, at least the rescue efforts are good. They have lots of actual volunteers who use their own boats and equipment to go around and help people in danger. Most of these people get no pay for this. No one can argue that these are not good people doing good things. The US mainstream news media seems to look for heroes lately. They seem to believe that this country needs heroes to look up to.
There is a clear difference between these heroes who are helping people and actually saving lives rather than the fake heroes the news media usually fosters on us. Often people who are fighting for imperialism across the sea in Iraq and Afghanistan are built up as heroes. We are told they are saving lives, but that means saving the lives that are illegally there in the first place. The best way for us to save lives in places such as Afghanistan would be to take out all the US troops and let those people rebuild their country in peace. And they ARE NOT defending our freedom! That is simply a lie.
Most of these flood rescue people are not in the news for being royalty. They weren't born into it nor did they marry into it. Isn't it way past time to quit worshiping heroes who have an important job because they were born into it? " “A king is unnecessary, for his shit stinks the same as his own people’s!”
The real reason these rescue folks are heroes is that they are NOT taking lives. They don't have to kill anyone to save anyone. They may have to kill an alligator or two, but that is better than killing a person. So on this rare occasion The Washing Times is right that we do have some heroes and some good people in the US. And it is no surprise they are not members of Congress or President Donald Trump. Trump will probably be pressured into sending aid to Texas and other disasters. But he is no hero.


...And why did The Washington Times have to use those people's heroism as an excuse to trash liberals and progressives? This article is a cheap shot.

From The Washington Times:

ANALYSIS/OPINION:
America is a pretty bleak place, if you ask some of the soreheads in the magpie media and other places where naysayers dwell. They would tell you that equal justice under the law, fairness, and good neighborliness have disappeared from sight. Taking their place are racism, anti-Semitism, misogyny and other diseases that had for years lurked beneath the surface are now returning with a wink and a nod from the White House.
That’s bunk, but it’s bunk that fraudsters and shysters can sell. This bunk motivates the disenfranchised to turn out to vote at election time. If enough of the credulous and the naive buy the bunk, the “regressives” — who used to be called liberals and then progressives — can get back to work expanding the welfare state and enlarging the swamp. 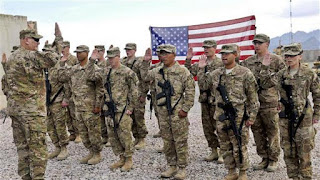 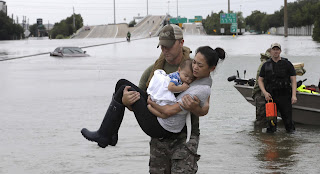