The following is en excerpt from my yet to be published book, How a Radical, Left-wing Journalist Survived the Bible Belt, by Steve Otto

From the Idiot Factor:
It was about 1991 that the abortion wars started to heat up in . The Anti-abortion crowd was made up of cult-like religious people. The way they talked everything was in "us vs. them" and it was the Christians vs. Satan. We were all considered Satanists. Most of us were atheists. But they considered all of us to be "dupes of Satan."
The anti (short for anti-abortionists) crowd, as we called them, wanted to make abortion completely illegal and they wanted to put Dr. George Tiller (an abortion doctor who performed late term abortions) on trial and executed as a war criminal for performing abortions. 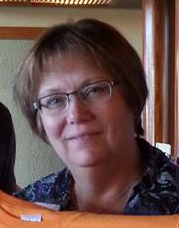 During the 1990s I took part in pro-abortion protests and political actions, which included protecting abortion clinics against the anti-abortion movement and its followers. The antis (a name we gave them for short) tried every thing they could to either  shut down abortion clinics or deter women from coming in to seek abortions.
Linda Stoner was an active member of the pro-abortion groups that I also belonged to, which included the Freedom of Choice Action League (FOCAL) and later after that group collapsed we both belong to ZAP.
Stoner told me that she got into clinic support during the Summer of Mercy? At the time, Peggy Jarman, head of  Pro-Choice Action League (PCAL), needed volunteers.
"I liked her," Stoner said . "She was an inspiration for equal rights."
But Stoner's interest in the abortion issue started way before that.
" I started getting involved in the abortion issue in () High School (North)," She said. "I wrote a bill for our government class. It was about abortion, to make it legal."
She told me it was a difficult assignment because her school library had little printed information on the abortion issue.  a few pieces in it, a newspaper article and a pamphlet," Stoner said. "I then went to the Wichita Public Library."
At that early age, she said she had already made up her mind were she stood on the abortion issue.
"I knew a woman should be able to control her body and not by a man or society," Stoner added.
Other members of her family also supported abortion rights, including her father, L. D. Diamond.
"My dad was into equal rights," Stoner said.
She added that her dad used to let her help in his service station garage. Stoner used to check oil and transmission fluids. Her dad told her she was just as good a worker as any man could be.
When the Summer of Mercy started, women's organizations such as PCAL mostly wanted to let the police handle the protests. As time went on it became clear that local women's groups needed to put up their own defenses to the abortion clinics.
Later she worked with the FOCAL.
FOCAL was founded to put up a more active defense against the anti-abortion activists. The antis tried to block driveways, they tried to get women to come to their "alternative" clinics" for prenatal care. They tried to scare them or guilt them with such shouts as "you're going to kill your baby." They tried to get the women to take their propaganda literature.
They also harassed doctors and staff members. They followed them, photographed them and tried to shame them in front of their neighbors, friends and family.
In short they tried everything they could to chase women off of the clinics. There were three clinics at the time FOCAL started and the group mostly defended a clinic on and in .
The owner of the Market clinic allowed FOCAL members to use any kind of tactics they felt were justified. We also used cameras and photos to make lists of who they were regulars at the clinic. We were allowed by the owners to use cuss words and language that made the antis feel uncomfortable there. It was not uncommon to have visits by nuns and other clergy.
"I met Pat and Liz (Eytchison) at Market (now shut down)," Stoner said. "I learned a lot from them, 'about standing up for what you believe in.' He taught us how to stand up to the cops."
The Eytchisons were head of FOCAL at that time.
"We had names for the regulars at the clinic," Stoner said. "For example we called their camera person '' Eventually we found his name and put it on a poster (with other names). They didn't like that when we did it to them."
Other tactics included escorting the women from their cars to the clinic.
"We surrounded the women to prevent the antis from getting at them," Stoner said.
"We encountered nuns on the sidewalk," she added. "They photographed our license plates. Later we put their names, addresses and phone numbers on a poster board so people could see it. They didn't like it when we did it to them."
After a few years there were some internal problems with FOCAL, so the group shut down and a new group, ZAP was formed. The letters didn't stand for anything. ZAP was a fast action group that could set up activities on a moments notice. There was no leaders or elected officials. Everything was done with consensus.
Stoner said she thinks the term "pro-life" is a misnomer.
"I'm a little confused about the pro-life philosophy," She added. "A faction says it is OK to kill abortion providers—to kill clinic workers or anyone who helps with abortion providers in any way. They have a problem with ending a pregnancy—to them it is murder.