From Red Guards - Los Angeles :
Dec. 3 2017, was the 83rd birthday of the greatest living Marxist-Leninist-Maoist alive, the fourth sword of Marxism, who – with the Communist Party of Peru and the Peruvian masses – introduced contemporary revolutionary Maoism to the world, Manuel Rubén Abimael Guzmán Reynoso, also known as Presidente Gonzalo. 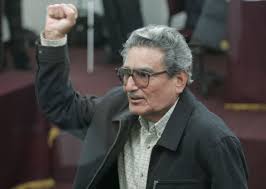 A man imprisoned by the Peruvian state, kept behind bars since his capture in 1992, for the rest of his life. Abimael Guzman is kept in a subterranean cell in the maximum security Callao naval base surrounded by round-the-clock military guards and landmines.
A man who, still, does not fear death. But rather, whose life and ideology are still feared by the Peruvian state and the international revisionists and bourgeoisie. His Peruvian and international supporters and students continue to call on the defense of his life – from India, Finland, Germany, the Netherlands, Turkey, Colombia, Mexico, Italy, Spain, the U.S., Canada and other countries across the globe.
As we utilize the birth date of Presidente Gonzalo to reaffirm our commitment to proletarian revolution, to reaffirm the greatest weapon of the proletariat and the oppressed, Maoism, we must also honor and reflect on Dec. 4 (now that that date has passed we can still look back on it)– the anniversary of the martyrdom of Black revolutionary communists – Chairman of the Illinois chapter of the Black Panther Party for Self-Defense Fred Hampton and comrade and Party member Mark Clark. Chairman Fred Hampton and comrade Mark Clark were martyred by the Chicago police with the assistance of federal agents and treacherous informants in 1969. 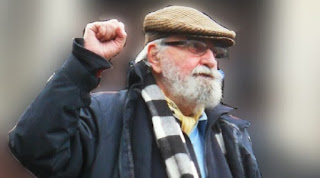 And on the other side of the ocean in France, comrade Pierre has fallen, a revolutionary senior leader of the Maoist Communist Party of France (Parti  Communiste Maoïste – PCM) who took up the scarlet flag of Maoism only to pass it down to future generations: the obligation of any Maoist.
For more click here.
Posted by SJ Otto at 12:22 PM