By Harsh Thakor
DIP OUR BLOOD IN MEMORY OF IMMORTAL COMRADE CHANDRA PULLA REDDY ON 35TH DEATH ANNIVERSARY TODAY.ONE OF THE PIONEERS IN THE STRUGGLE AGAINST REVISIONISM AND ARCHITECT OF FORMULA OF RESISTANCE STRUGGLE IN EAST GODAVRI DISTRICT.NO DOUBT MADE SERIOUS MISTAKES IN PRACTICE OF MASSLINE BUT TILL HIS LAST BREATH SHIMMERED THE TORCH OF MARXISM-LENINISM -MAOISM TO RE-UNITE THE COMMUNIST PARTY.

Tribute to Comrade Chandra Pulla Reddy on 35th death anniversary on November 9th
On November 9th a few days ago we celebrated the 35th death anniversary of Comrade Chandra Pulla Reddy, one of the greatest Communist revolutionary crusaders ever in the history of who developed resistance struggle in district. Till his last breadth he combated revisionism like a boulder and shimmered light of Mao Zedong (毛泽东) thought resisting the most fierce gale. Sadly there was no all-India function to celebrate his birth centenary on January 19th, in 2017. Morally this tribute should have been delivered in commemoration of birth centenary of Comrade C.P. 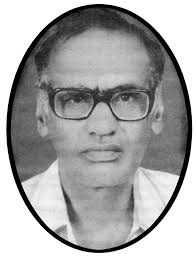