By SJ Otto
When it comes to the subject of life on other planets/moons/ etc. I find it all fascinating. I remember when I first read about the idea that Europa had a large ocean of salty water below its crust of ice, in a cold temperature of -250˚. Next there are the moons of Titan and  Enceladus of Saturn. Enceladus is a tiny moon with water below its surface and it has geysers that allow liquid water to stream out. Then there is the frozen world of Titan, a moon with a thick atmosphere and liquid hydrocarbons. There is no water, but the liquid hydrocarbons may provide the moon with the liquid it needs for primitive life forms there.
Now there is the possibility that the planet ’s moon Triton (-290˚) has life forms below the surface, much like Europa or Enceladus. For me it is always exciting to imagine that there are living things in our solar system. It would mean that we are not alone in the galaxy. It would be really cool if there are other living things in our solar system.

So from NASA:
When NASA's Voyager 2 spacecraft flew by 's strange moon Triton three decades ago, it wrote a planetary science cliffhanger.
Voyager 2 is the only spacecraft ever to have flown past , and it left a lot of unanswered questions. The views were as stunning as they were puzzling, revealing massive, dark plumes of icy material spraying out from Triton's surface. But how? Images showed that the icy landscape was young and had been resurfaced over and over with fresh material. But what material, and from where?
How could an ancient moon six times farther from the Sun than Jupiter still be active? Is there something in its interior that is still warm enough to drive this activity?
A new mission competing for selection under NASA's Discovery Program aims to untangle these mysteries. Called Trident, like the three-pronged spear carried by the ancient Roman sea god Neptune, the team is one of four that is developing concept studies for new missions. Up to two will be selected by summer 2021 to become a full-fledged mission and will launch later in the decade.
Investigating how Triton has changed over time would give scientists a better understanding of how solar system bodies evolve and work. 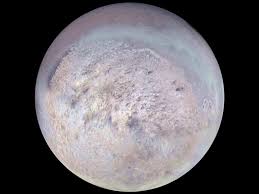 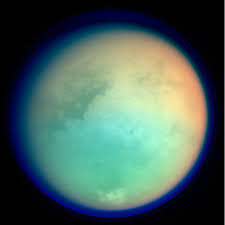 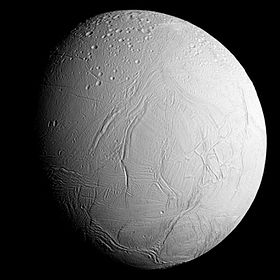