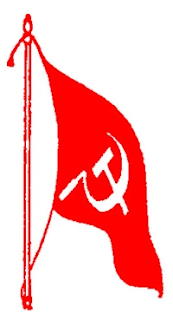 Let us work for a greater unity and organization of the revolutionary workers of the world, of the peoples and their organizations.

In addition to the workers of the backward countries, the workers of the imperialist and capitalist countries are also suffering the most severe exploitation due to the neo-colonial policies of exploitation. The situation and the need for the unity of the world proletariat are growing day by day. It is time to fight firmly to end the policies of globalization. In addition to the proletariat of the imperialist and capitalist countries, the peoples of all sectors of various semi-colonial and neo-colonial countries are fighting against the imperialist globalization policies. The proletarian vanguard, that is, the Revolutionary Communist Parties, must lead these struggles. Today it is increasingly necessary to move forward in a more united and organized way in this direction.

In our country, all the oppressed classes, social sectors and oppressed nationalities, including the proletariat and the peasantry, face the brutal onslaught of the (Narendra) Modi government in the form of Hindu Brahmanic fascism with imperialist support. The struggles of the workers, employees and peasants are intensifying day by day. In the interests of imperialist finance capital, the Modi government introduced robotics, 3D printing and artificial intelligence depriving workers of job security and reduced the 44 existing labor laws to 4 codes to validate their exploitation. Organized and unorganized workers are waging militant agitations against this double onslaught. Farmers in are waging an unprecedented uncompromising struggle centered in the country's capital. Traders are against the GST. Thousands of organized and unorganized workers and employees are striking to oppose the merger of the banks and the privatization of public sector companies. Students, teachers and academics are against the National Education Policy 2020 adopted by the reactionary Hindu forces in the center. The country's indigenous peoples, including those in strategic areas that act as strong centers of the revolutionary movement, are fighting militantly for their just rights. The working castes are waging united struggles against the caste-based Brahmanic order which is one of the peculiarities of and its exploitation, oppression, suppression and discrimination. The State is unleashing repression against the democratic and progressive forces that support the people who fight in the country and are imprisoning them. The secular forces are fighting the communal violent policies of the Hindu Brahmin fascist forces. Various human rights organizations are demanding that the draconian fascist laws that are being bureaucratically unleashed against the fighting people be withdrawn.

Thus we see that the governments of all the backward countries of the world are acting equally in the interests of multinational corporate companies. Therefore, it has become more vital for the revolutionary proletarian parties and organizations to lead the struggles of all workers fighting in all countries.

The large-scale struggles of oppressed peoples and nationalities throughout the world over the past two years make it clear that conditions are in favor of revolution. The world proletariat can take a step forward in the direction of fulfilling its main task of carrying out the World Socialist Revolution by taking advantage of these favorable conditions. There are two strategic tasks for the authentic vanguard organizations of the international proletariat. The first is to launch revolutionary movements of the workers and other oppressed sectors in the capitalist-imperialist countries. The proletariat, the peasantry, the other democratic classes and the social sectors of each and every semi-colonial and semi-feudal country must organize and build and lead national democratic movements. The second is to build a strong United Front of Communist movements and movements of capitalist countries and national democratic movements of neocolonial and semi-colonial countries against imperialism and its buyers. For this it is essential that the authentic proletarian parties and organizations establish a proletarian international revolutionary organization adequate to the concrete contemporary conditions. The Maoist forces must unite with all the progressive and democratic forces of each country and also with all the anti-imperialist democratic forces against the world enemy. Both strategic tasks are mutually related and play an important role in advancing the World Socialist Revolution.

However, the proletarian vanguard organizations are not yet strong enough to live up to the demands of the working people and provide a united leadership for their movements in the direction of liberation. Our Party announced its position regarding the need and formation of an International Forum to develop unity and solidarity among the proletarian vanguards of the world. The CC of our Party calls on sister organizations to respond to our position and make efforts in this direction.

Let's fight against all kinds of attacks from the imperialists. We commit ourselves to lead the popular anti-imperialist struggles and to fight for the success of the World Socialist Revolution. Let's get together more and organize ourselves in this direction. This is the need of the moment.