We are now getting some tributes in over recent massacres in India. -Steve Otto
The Indian oppressed classes have been continuing their struggle for a long time with a great hope to dethrone exploitative and oppressive ruling classes and to achieve a change in the system itself. The emergence of Naxalbari peasants struggle/revolt reflects the aspirations and fighting spirit of the people. It is a turning point in their struggle. From that time onwards, in order to get political power and to establish a new democratic system, the revolutionary forces and the fledgling youth came forward by leaving their families and friends to mingle with people and to struggle along with them. They further shaped their lives accordingly. They sacrificed their lives. Still they continue to sacrifice their lives. Among them the place of Comrade RK is safe. Though with several differences and enmities the organizations of communist revolutionaries are active in exposing the deceptive exploitative policies of the ruling classes and to achieve the democratic aspirations of people like land, food and equality and a better life. Comrade Akkiraju Haragopal – RK—as a student started his work in social and revolutionary spheres and afterwards took up higher responsibilities in CPI (ML)-PW and CPI (Maoist) parties. While recovering from the pandemic COVID 19, which was thrown on the people by imperialist and comprador ruling classes and by longstanding diseases and their after-effects Comrade RK breathed his last on the morning of 14th October 2021 as announced by the leadership of Maoist party. We hereby pay tributes with red salutes to Comrade RK (Akkiraju Haragopal), who left the people to revolutionary ranks and the essence of ideal life to his fellow comrades and to revolutionaries.
Viswam, General Secretary, CPI (M.L.) 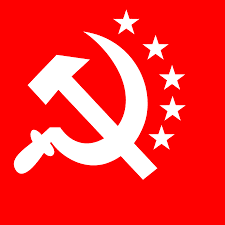