No doubt Chairman Mao had weaknesses and arguably made serious errors. To me it is regrettable that for such a prolonged period he let capitalist roaders to flourish within the party, with figures like Liu Shao Chi still remaining head of state till 1965. I am also critical of his appointing Lin Biao as his successor in 1969, who in the end completely betrayed the Marxist line. Mao was unable to check the excessive infiltration of the army during the Cultural Revolution, excesses on artists and intellectuals by red guards, prevent dissolution of revolutionary committees or build extensive revolutionary democracy in mass organisations or public bodies. Mao’s permitting China to become part of United Nations in 1971, remain silent on the toppling of Allende by Pinochet in Chile, re-instating Deng Xiaoping into the party were a scar or blot on his political career. In important ways Mao continued with Stalinist tradition. Mao did not explore the realms that Marx forsake, like when dissolving the Shanghai commune and not going beyond perceiving two-line struggle within the party as sufficient for crystallizing revolutionary democracy. Arguably he was too harsh on the revisionists. On the one hand Mao was unable to extricate China from the Confucian paternalistic traditions which glorified an individual, while on the other he was unable to generate sufficient revolutionary democracy from below. I strongly believe that Mao was unable to curb factionalism in the party during the Cultural Revolution. I critically respect the analysis made by Ranganayakamma in frontier Autumn Number of 2005 on a huge personality cult created on Mao, and his inability to curb it. In the same light I treat the analysis of Scott Harrison in massline.info. Historians need to analyse the formula which enabled the right to triumph or usurp power in China, shortly after Mao's death. Analysis must also delve into how a serious movement on Maoist lines has not germinated in China for over 4 decades. 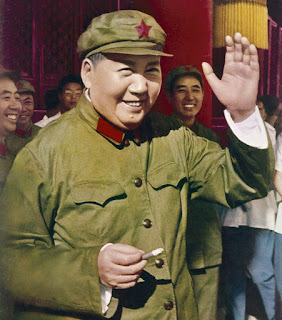