Second thoughts on the fall of the Soviet Union

This month was the 30th anniversary of fall of Union of Soviet Socialist Republics (USSR). It fell on December 26, 1991. So, this is the perfect time to look at the fall of the Soviet Union and to look at the plus and minuses of that country and the socialist experiment of the 20th century.

If there was one thing all Marxist Leninist had to agree on, it was that VI Lenin was the first ruler of the Soviet Union, the worlds first stable Marxist government (not counting the Paris Commune).

Then after 1992, things changed. The Soviet Union collapsed. But it was not just a case of one country collapsing or even the end of the Soviet Block of Eastern Europe. But the collapse didn’t stop there. While some countries, such as the government of Ethiopia, seemed more like a coup than a Revolution, many innovative revolutions that I was supportive of, such as the Sandinistas of Nicaragua and Samora Machel’s Government of Mozambique, also lost ground. In the end, their Marxist Revolutions seemed to vanish. Some of the countries and revolutionary movements, around the world, where supported by the Soviet Union. What I didn’t realize is that many progressive or revolutionary groups where getting help from the Soviet Block. Whether revisionist or not, the Soviet Union supported a lot of progressive change in the world. Even some seemingly non-Soviet style groups, such as the Red Army Faction of Germany was actually getting aid from the East German Government and they lost a lot of ground leading up to their downfall.

For many years I saw Fidel Castro as a puppet of the Soviet Empire. But when that empire fell, Cuba did not. They may be the only staunchly Marxist country left. A few years ago I visited Cuba. I was pleasantly surprised by what I saw. Whatever anyone calls it, Cuba is not run by the same kind of capitalism that exists in the US and elsewhere. It is remarkably different. It is an easy laid back place for people to live. It is not a country where everything depends on a people making a lot of money. They have very little public advertising and none of it on their TVs. The society focuses on people and their needs, not on encouraging people to go out and make a lot of money. The purpose of life there is not to just get rich and be a great success. In Cuba there are a lot of poor people, but they can go to a doctor when they are sick and it cost them nothing. That is way different from the country I live in now, the United States of America (or as some of us say the United Snakes of America). Hear in the USA health care is expensive and most poor go without.

The rule of  Mikhail Gorbachev was confusing. He opened up the country as far as free speech and some other liberties, but he wrecked the economy. He was not popular. He was a communist until the failed August coup of that year. Boris Yeltsin was a horse’s ass. He was never a communist even though he was in the party. He whole heartedly supported US capitalism. He was a lousy leader and the only reason he ever got re-elected was that the Republican party sent their people over there to use all their dirty tricks to fool the Soviet People to get him re-elected.

So I have learned that the USSR played a much greater role than I originally thought. We can learn a lot from the Soviet Union, from its successes and its mistakes. 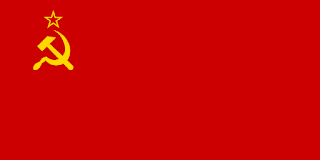