Now that we have Covid vaccines shots for children as young as 6 months, parents should be jumping for joy. But not in Florida. Their Department of Health led by state Surgeon General Joe Ladapo, an outspoken skeptic of the Covid-19 vaccine, has put the vaccine on hold. According to Politico:

“The Florida Department of Health, through a statement, said Wednesday that it did not place an order with the federal government for vaccine doses for kids five and under in part because it doesn’t advise all children get vaccinated. The deadline for placing a pre-order was Tuesday and 49 other states met the cutoff date.”

And what does he base this belief on? The doctors and experts all agree that children should take the shots. But Ladapo feels he knows better than anyone what children’s health needs. After all he is a conservative. And conservatives know everything. They all have common sense opinions. People keep electing them. How could they be wrong?

All the doctors and experts have is careful study and knowledge they got by years of study in college. There are voters who look down on those kinds of people.

I once heard a commentator say that he could use Republican tactics and in a week, he could convince people that the opinion of a janitor makes more sense than a scientist. He was talking about global warming and how easy it was for Republicans to shoot down the idea that global warming is real. 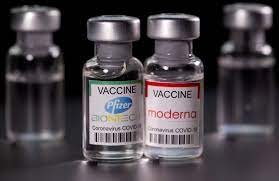 
17,000 physicians and medical scientists declare that the state of medical emergency must be lifted, scientific integrity restored, and crimes against humanity addressed.

We, the physicians and medical scientists of the world, united through our loyalty to the Hippocratic Oath, recognize that the disastrous COVID-19 public health policies imposed on doctors and our patients are the culmination of a corrupt medical alliance of pharmaceutical, insurance, and healthcare institutions, along with the financial trusts which control them. They have infiltrated our medical system at every level, and are protected and supported by a parallel alliance of big tech, media, academics and government agencies who profited from this orchestrated catastrophe.

This corrupt alliance has compromised the integrity of our most prestigious medical societies to which we belong, generating an illusion of scientific consensus by substituting truth with propaganda. This alliance continues to advance unscientific claims by censoring data, and intimidating and firing doctors and scientists for simply publishing actual clinical results or treating their patients with proven, life-saving medicine. These catastrophic decisions came at the expense of the innocent, who are forced to suffer health damage and death caused by intentionally withholding critical and time-sensitive treatments, or as a result of coerced genetic therapy injections, which are neither safe nor effective.

The medical community has denied patients the fundamental human right to provide true informed consent for the experimental COVID-19 injections. Our patients are also blocked from obtaining the information necessary to understand risks and benefits of vaccines, and their alternatives, due to widespread censorship and propaganda spread by governments, public health officials and media. Patients continue to be subjected to forced lock-downs which harm their health, careers and children’s education, and damage social and family bonds critical to civil society. This is not a coincidence. In the book entitled “COVID-19: The Great Reset”, leadership of this alliance has clearly stated their intention is to leverage COVID-19 as an “opportunity” to reset our entire global society, culture, political structures, and economy.

Our 17,000 Global COVID Summit physicians and medical scientists represent a much larger, enlightened global medical community who refuse to be compromised, and are united and willing to risk the wrath of the corrupt medical alliance to defend the health of their patients.

The mission of the Global COVID Summit is to end this orchestrated crisis, which has been illegitimately imposed on the world, and to formally declare that the actions of this corrupt alliance constitute nothing less than crimes against humanity.


We must restore the people’s trust in medicine, which begins with free and open dialogue between physicians and medical scientists. We must restore medical rights and patient autonomy. This includes the foundational principle of the sacred doctor-patient relationship. The social need for this is decades overdue, and therefore, we the physicians of the world are compelled to take action.

After two years of scientific research, millions of patients treated, hundreds of clinical trials performed and scientific data shared, we have demonstrated and documented our success in understanding and combating COVID-19. In considering the risks versus benefits of major policy decisions, our Global COVID Summit of 17,000 physicians and medical scientists from all over the world have reached consensus on the following foundational principles:

1. We declare and the data confirm that the COVID-19 experimental genetic therapy injections must end.

2. We declare doctors should not be blocked from providing life-saving medical treatment.

3. We declare the state of national emergency, which facilitates corruption and extends the pandemic, should be immediately terminated.

4. We declare medical privacy should never again be violated, and all travel and social restrictions must cease.

5. We declare masks are not and have never been effective protection against an airborne respiratory virus in the community setting.

6. We declare funding and research must be established for vaccination damage, death and suffering.

7. We declare no opportunity should be denied, including education, career, military service or medical treatment, over unwillingness to take an injection.

8. We declare that first amendment violations and medical censorship by government, technology and media companies should cease, and the Bill of Rights be upheld.

9. We declare that Pfizer, Moderna, BioNTech, Janssen, Astra Zeneca, and their enablers, withheld and willfully omitted safety and effectiveness information from patients and physicians, and should be immediately indicted for fraud.

10. We declare government and medical agencies must be held accountable."