It is bad enough that Texas politicians, of the Republican Party, tried to completely ban abortion. Along with the ban they are trying to complicate things by turning citizens into law suit happy toy cops, vigilantes or busy bodies.

Abortion clinics across the country already have to deal with trouble makers who put glue or tooth pics in their locks in attempts to keep the clinic doors from opening. They have made use of all kinds of nasty tricks against clinics including the murder of  Dr. George Tiller on May 31, 2009.

This new law was discussed in Catholics for Choice:

“Catholics for Choice, which uplifts and amplifies the voices of the majority of Catholics who believe in reproductive freedom, condemned Texas’s dangerous and unconstitutional new abortion ban and the United States Supreme Court for allowing it to take effect today despite ongoing legal challenges.

The law bans abortion after six weeks, in direct violation of Roe v. Wade, and allows private citizens to file suit in state court against anyone who helps a Texan terminate a pregnancy – from doctors and medical staff to the spouse or clergy member the pregnant person may have discussed their decision with, the family member who may have helped pay for the abortion, or the friend who might have given them a ride to the clinic. If that random private citizen wins, the law awards them a minimum of $10,000 plus attorneys’ fees. And, if the target of their lawsuit is an abortion provider, the law orders the court to shut down that clinic.”

I don’t understand why these conservatives want to change their citizens into busy bodies, crybabies and snitches. Most of the people I know hate snitches. And many of us hate vigilantes or as we call them “Toy Cops” or “cop wannabes.” There used to be a character in the old sitcom Bewitched called Mrs Gladys Kravitz.  She was always spying on the Steven’s family. She was an annoying character and that is what future citizens of America will look like if these Texas politicians get their way.

Suing a driver for taking a woman to get an abortion is one of the most ridiculous and cruel ideas I have ever heard of. For the simple act of driving a woman in a car to a clinic

It’s amazingly cruel. It is almost like something out of a bad movie plot or something we might expect from Nazis. It is hard to believe anyone would seriously want this.

It also sounds like it violates our constitutional rights in so many ways I could write a book about it. It’s just plain childish.

Do we really want a nation of crybabies and snitches running around trying to play “toy cop?” To take advantage of such a law a person would have to be a real “low life” character that most of us, left OR right, would despise. 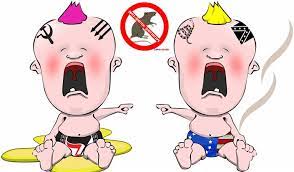