EXTRACTS FROM TRANSFORMATION OF BY AMIT BHATTACHARYA.

Mao  Tse Tung wrote an essay of historical importance entitled ‘Report of an Investigation of the Peasant Movement, in in 1927. It was written as a reply to the carping criticism both inside and outside the party then being leveled at the peasants’ revolutionary struggle.

To appease the Kuomintang (KMT), they preferred to desert the peasantry, the chief ally in the revolution, and thus left the working class and the Communist party isolated and without any help. Mao spent 32 days in making an investigation and wrote this report to combat the criticisms. In Broken Wave by Hofheinz, 3 distinct party’s were illustrated of Mao’s strategy. First was emergence of a new revolutionary situation in , with massive armed peasantry sprouting and challenges to every form of traditional authority. Second, Mao singled out the poorest people, as the true fulcrum of the revolution. Third, Mao summed up that Revolution was not a dinner party with red terror an imperative step to strike the counter revolutionaries. Mao distinguished between revolutionary and counter revolutionary terror. Mao departed from classical Marxism or Soviet Model where the working class in Industrial towns would be the centre of the revolution and propagated that the village was the centre of the revolution, with the peasantry comprising the main force, and not the workers.

A massacre at Shanghai on 12th April,1927 unleashed by Chiang Kai Shek against the workers and later in Nanking and Canton was a turning pint in Mao’s career, when he realised he had won a moral ideological victory over the bankruptcy of the Chen Tu Hsui line. On Augusst 1st 1927,dispatching more than 30000 troops, the Autumn Harvest uprising erupted. It sowed the seeds of the People’s Liberation army. On 7th August at Kiukiang in in a emergency conference the right opportunist line of Chen Tu Hssui was subjected to criticism on aspects of leadership, agrarian revolution and army. To lead the uprising, Moa was sent to where he organised the miners from the Anyuan colliery, the KMT guards regiment which had been under the CPC’ influence and the peasants into the workers and peasants Army. However it incurred heavy losses. Subsequently the army marched according to plan to the Chingkang mountains on the Huna-Kinagsi border, where the first base was established. On 11th December 1927an uprising took place in which led to the democratic government of workers and peasants known as the commune. Main aim of the Cheng Feng was to build up a unified party, but Marxism was creatively applied, and not mechanically. Cheng Feng was a cadre training and rectification movement which advocated the broadest participation of people towards revolutionary cause. It confronted the bourgeois trend which supported reformist politics and organised only intellectuals, students’ and youth. John Rue in ‘Mao Tse Tung in the opposition’ wrote that Mao resolved intra-party conflicts using organisational and educational methods. Comrades who committed mistakes were subjected to ideological struggle under conditions of psychological stress. One fundamental aspect of Mao Tse Tung Thought was the conviction in men having the capacity to initiate 360 degree change. It propounded that men could transcend the barriers of their class, through re-moulding ideas.

The weaknesses of biographies by Stuart Schram and Dick Wilson are that they appreciate only the nationalistic contribution of Mao, and not in establishing proletarian democracy.

They are harshly critical of the Great Leap forward. portrays Mao as a leader waging struggle for personal power. The strategy of Mao depended on geographical advantages .Unlike the situation in Russia in 1917, the insurgent regions in China were necessarily the most backward economically, the least integrated into the market economy and the most tenuously controlled by the Central government. These were the regions most suitable for a rebellion to simmer and contradictory to classical Marxist theory, which delegated the leading role to the developed zones, where the industrial proletariat existed. Han Suyin recounted that with the party in complete control Mao fused the Party and Red Army into a twin synthesis. Mao always considered the red army as firm breeding ground for cadres.

They were so indissolubly linked that in subsequent decades Mao hardly treated them as separate entities. The immediate cause of the Long March was the failure of the Red Army to keep their bases intact due to mounting pressure from the Kuomintang troops. In Edgar Snow's view during the Long March the retreat from was so swiftly and secretly managed that the main forces of the red troops had already been marching for several days before the enemy actually became aware of what was taking place. When practically the whole of the red Army was concentrated near Yutu, southern , the order was given for the great march. On 25th May,1935the Red Army made history at the Tatu river. The Tsunyi conference was the turning point of the March, when Mao took over the leadership. Edgar Snow wrote that a distance of about 7500 miles was encompassed, about twice the width of the American continent. The Tsunyi conference distinguished the mass line of peasant revolution from the left adventurist line that supported urban insurrection. Han Suyin wrote about the deplorable conditions faced by the red army. Food supplies were totally inadequate, baggage inadequate and no battle plans drawn to challenge enemy troop movements. The Long March could be divided into 2 stages. The first one from 16th October to January 1935, and the 2nd from the Tsunyi conference in January. The crossing of the Tatu was the most defining incident of the Long March. Unlike the old tactics of positional warfare which proved to be the Red Army's undoing, the new policy inducted guerrilla warfare that struck a blow in the very belly of the enemy. The Long March was not just a military expedition but an endeavour to discover and know the Chinese people more intrusively. It was not just a military campaign, but Mao's firm assertion of his integration with the Chinese people. Above all Mao touched upon spirit turning into a material force, placing emphasis on spiritual factors. connecting it to revolutionary zeal and optimism in conditions of deep stress.

Amit Bhattacharya mentions how in spite of strong opposition from Lieu and his lieutenants, socialist transformation was undertaken by 1956 through mass movements in which hundreds of millions of peasants participated. Land reform was followed by mutual aid by elementary cooperatives, and elementary cooperatives by advanced cooperatives in which land and other principal means of production was owned collectively. The Agrarian reform law of 1950 enabled large landed estates owned by landlords to be distributed to the peasants, mutual aid groups were formed, and there was also a sustained movement for agrarian reform. Mao's strategy of development opposed one-sided development of heavy industry like the . He was critical of the for neglecting the working class at the cost of machinery and equating forces of production wit industrial technology and mechanisation preceding cooperation. Mao stressed on unlike Stalin, on simultaneous development of large enterprises and medium sized and small enterprises, of national industries and local industries. A balance was established between town and country, relying on both traditional and modern technologies, on both capital intensive and labour intensive industries. Mao wished to establish a unity of democracy with centralization. Mao wished that each and every member of the party should have the opportunity of expressing his view himself. To Mao, meaning of centralism is the centralism of correct ideas, on the basis of which mutual understanding, working policy, planning, direction and unity of work should be built up. Maoist development aimed to narrow the differences between town and country, worker and peasant and between mental and manual labour. Mao aimed at rousing the spirit of hard struggle, self reliance and service to the people. In the view of Maoist strategy ,more importance was placed on political ideology, than material incentives. Mao was critical of Soviet policy of awarding material incentives. Mao's strategy gave greater priority of man instead of 'things' in the forefront. This was in contrast with the . Mao insisted that material welfare of the people should only be elevated with tapping the creative potential of the masses. He felt without undertaking egalitarian basis material farewell was baseless. It was during the Great Leap Forward that Mao's development strategy was first enforced. It was marked by rectification movement undertaken by the CPC Challenging bureaucracy, subjectivism and sectarianism, first within the party and then among the masses. The 2 line struggle undertaken during the Socialist Revolution was a precursor to it. Peoples Communes were established, which was created by the common people. In July 1958,56 advanced cooperatives comprising 53,200 people and encompassing 93000 mou combined to form the first peoples Commune in . known as the Chilying peoples Commune. Bureaucracy was dismantled with party committees assigned with task of operating factories and replacing the managers. Sheer human labour brought about a miraculous transformation in the rural areas, with masses of peasants on their own initiative, led by the party, set to work on building water reservoirs and pumping stations. In the peoples communes industry, agriculture, commerce and military affairs was integrated into one unit. In the view of DD Kosambi the achievements on the administrative plane overshadowed the productive achievements. Communes virtually replaced functions earlier performed by the state machinery, with local administration abolished. The Communes were an important step to wedge the gap between town and country, worker and peasant and between manual and mental labour, to enable every person to participate in the struggle for production, class struggle and scientific experiments.

In the Cultural Revolution class struggle was taken to a helm. A historic battle occurred in between the Communist party rebels and industrial workers with the new mayor and secretary of the party Committee. In January 1967, the chief daily newspapers was seized by the rebels. They went onto seize control of the railways, water, electric supply and banks. The Cultural Revolution was one of a very original nature, which confronted at the very root the old selfish forms of bourgeois thinking, and replacing them by proletarian, non-self regarding forms of thinking .Quoting Broadsheet of London "In China, apart from material changes which are transforming the entire country, human nature itself is being changed. The struggle between the 2 opposing class ideologies is almost unending." Joan Robinson spoke about how every family reunion fell into the orbit of the Cultural Revolution, which was unknown before in . William Hinton in Hundred Day war narrated how factions of students barricaded themselves into campuses of the converting them into battlefield of life and death struggle. Combating it Mao organised a workers propaganda team to intervene and bring the violence to a halt. 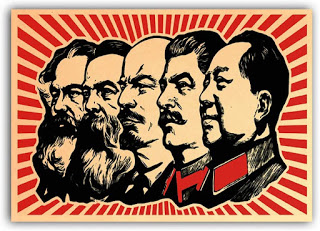